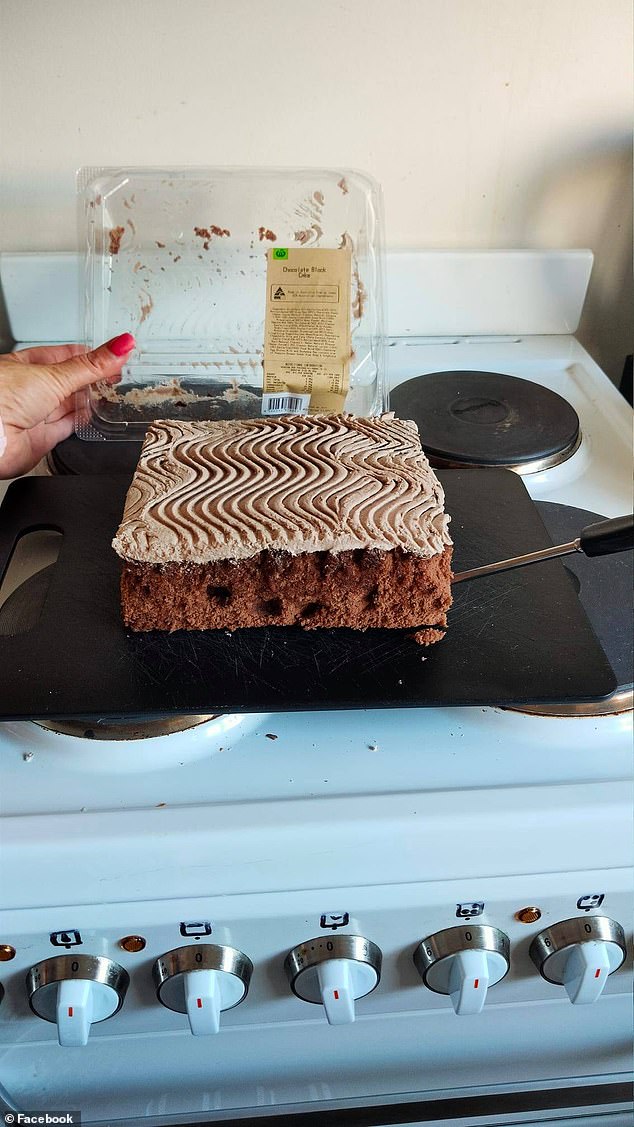 Woolworths shopper’s disgust after finding ‘fingerprints’ on chocolate cake bought from the supermarket giant: ‘Hope they were wearing gloves’


A shopper has made an unsettling discovery claiming she found ‘fingerprints’ on the chocolate cake she bought from a Woolworths supermarket.

The customer shared her disgust via Facebook on Thursday suggesting the cake had been handled by an employee while packaging the product.

‘Ever wonder how Woolworths packages their slab cakes?’ She wrote on Facebook.

‘Fingerprints anyone? Hope they were wearing gloves!’

Alongside the post was a picture of the chocolate block cake showing the baked treat with four indents on its side.

‘As you can see I used a spatula to remove to lift it out,’ she added.

‘We’ve apologised to the customer for their experience and will be looking into this with our store team.’

In October, a Woolworths worker revealed the astonishing amount of mud cakes it sold per year since the product soared in popularity after its release in 2001.

Liam Kirley, who runs the Woolworths TikTok account revealed 1,920 tonnes of mud cakes were sold each year which is the equivalent to about three Airbus A380s.

On special occasions like Mother’s day and Father’s day, popularity surges with the supermarket giant selling three times the amount than usual.

The famous mud cakes, which cost $4.50, are available in chocolate, white chocolate, and caramel.