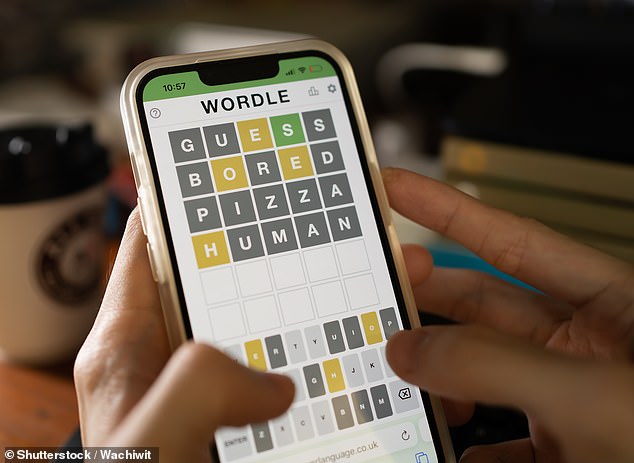 The woman who picks the daily words for the popular New York Times-owned game Wordle revealed the answers that have received the most backlash – and clapped back at haters who complained about her choices.

The online game Wordle – which first launched in 2018 and was acquired by the New York Times in early 2022 – has taken the world by storm lately.

Each day, players have six turns to figure out a five-letter mystery word – but many of the solutions have sparked fury from some of the millions who log on to take their guesses every day.

Tracy Bennett, from Ann Arbor, Michigan, became the editor of the wildly popular game back in November, and now, she spoke out about the highs – and the lows – that come with her job, dished on the Wordle answers that have received the most backlash, and spilled on her process for choosing the daily words to the Today show during a recent interview. 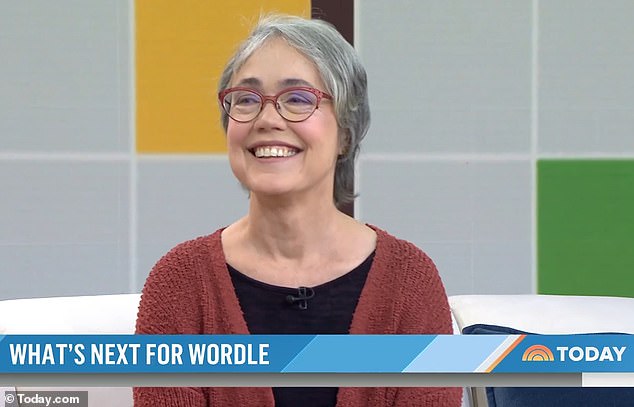 Editor Tracy Bennett (seen), from Michigan, said people get mad over words that are ‘not familiar’ enough, like ‘parer,’ as well as terms that are ‘too American,’ like ‘condo’

The editor explained that she uses a ‘random generator’ to pick the word that will be used each day, chosen from a list made by the original creator, Josh Wardle.

She then ‘researches’ the term to make sure that there is no ‘secondary meaning’ that might be ‘profane or derogatory.’

The Wordle answers that have sparked the most backlash, according to editor Tracy Bennett

‘I wouldn’t want to run a word like that,’ she explained.

Bennett previously told Michigan Live that the list has 2,700 words on it and could theoretically last until 2027.

Last May, the word ‘fetus’ was chosen as one of Wordle’s answers – but it was changed halfway through the day, after some felt it related too closely to the news that Roe v. Wade had been overturned.

And while that happened long before Bennett became in charge of the game, she explained that part of her job is to make sure something like that doesn’t happen again.

‘That’s one of the things I do as an editor – I look at the week coming up, and I just kind of check the news cycle to see if there’s anything that would make one of those words feel more hurtful or insensitive than normal,’ she told Today.

She reiterated the sentiment to Michigan Live, explaining, ‘I don’t want an answer that’s going to feel bad to someone.

‘I don’t avoid negative terminology, but I don’t want anything that feels humiliating or hurtful to an individual person that’s solving the puzzle.’

She also tries to avoid using words that are too similar to one another in the same week.

When it comes to people disliking her choices, Bennett – who joined the Times as an associate puzzle editor in 2020 – said she doesn’t mind them ‘approaching her with respect and telling her their opinions,’ calling it ‘an example’ of ‘passion’ that people have over the game.

As for the words that have sparked the most anger from players, she said she’s seen a lot of disdain towards terms that have ‘secondary meanings,’ as well as ones that are ‘not familiar’ enough to people. 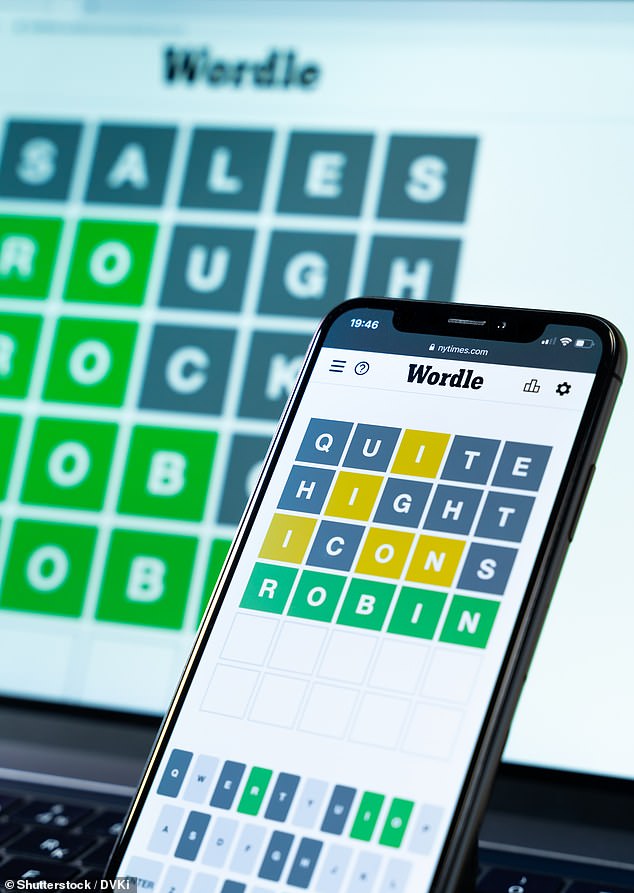 In addition, she revealed that she has seen complaints over answers that have ‘secondary meanings’ that are ‘hurtful or insensitive’ (stock image) 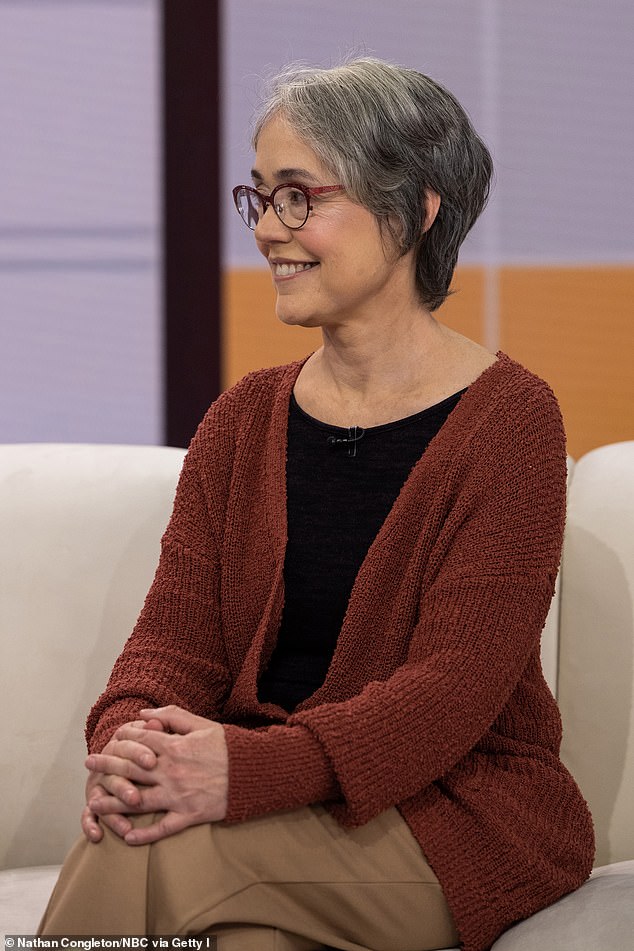 When it comes to people disliking her choices, Bennett said she doesn’t mind them ‘telling her their opinions with respect’ because it’s ‘an example’ of ‘passion’

‘We do get complaints about secondary meanings. That’s something that I focus on as an editor,’ she said to Today. ‘I hope I don’t miss anything, but editing is fallible just like everything else.

‘And obscurity. So, a word that is not familiar to people, like “parer.”‘

In addition, she said a lot of people don’t like when a word ‘feels unfair’ because it has a common four-letter combination in it.

She continued: ‘If you have a word that has very common letters, and you have four letters in place – like, for example, blank-o-u-n-d – that fifth letter – [it could be] found, mound, round, sound – there’s like eight [possible combinations], I think.

‘There are only six guesses so even if you have already figured out four correct letters, you still have more letters to guess than there are.

‘So, that’s based on luck, rather than deduction. People don’t like when a word feels unfair. We get that.’

She also said she gets complaints about words that are ‘regional’ or terms that are considered ‘really American.’

‘I got complaints about “condo,” for example, based on it being kind of an American concept,’ she said. 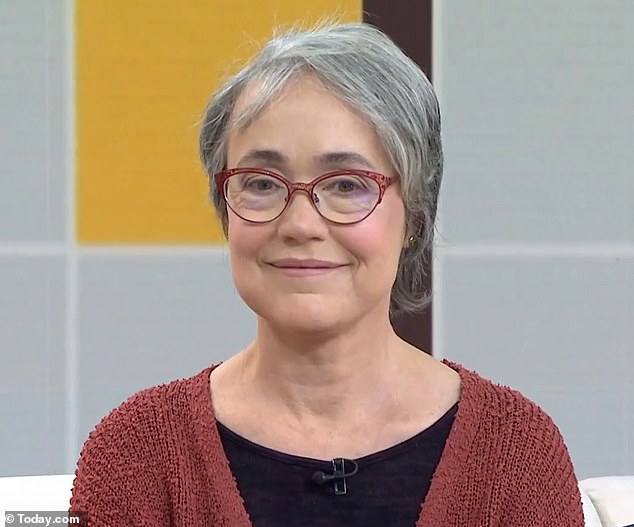 While Bennett admitted that her job – done from her home – only takes about 30 minutes a day, she called it a ‘big responsibility’

‘Regional or foreign language words [are not popular]. We did remove a Latin word from the list.’

The publication noted that many players were not happy when the word ‘feast’ was chosen as the answer on Thanksgiving – and Bennett explained that if they were to use more ‘themed words’ like that in the future, it definitely won’t be as obvious.

‘I don’t see it as off the table, but I think it would look really different [next time],’ she revealed.

While Bennett admitted that her job – done from her home – only takes about 30 minutes a day, she called it a ‘big responsibility’ to Michigan Live.

‘I’m accountable to the whole world for this one word,’ she explained.

Wordle reportedly had more than three million players in January 2022. WeGotThisCovered.com reported that the game did lose traction throughout 2022, losing 51 per cent of its users in a little over five months, however, that would still leave a whopping one million participants.