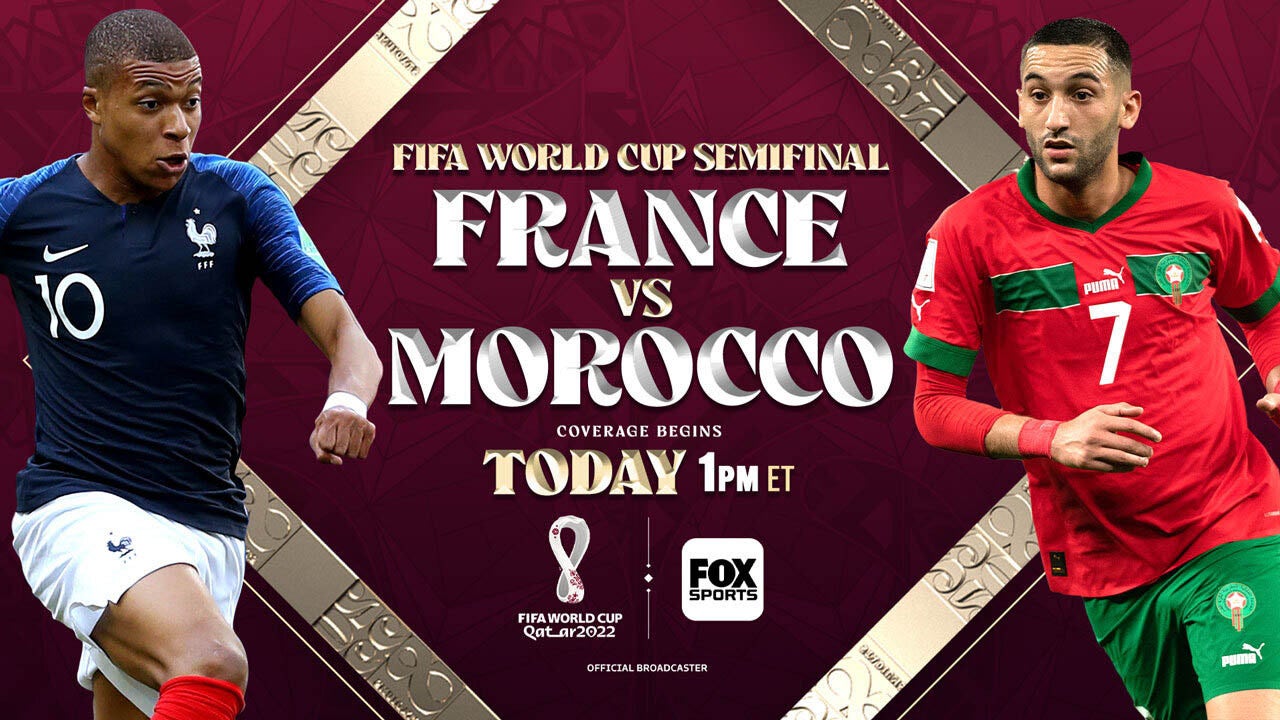 One half of the World Cup final is set — Argentina will face the winner of Wednesday’s France-Morocco match — coverage begins on FOX at 1 p.m. ET.

With a France win, they’ll be the first team to reach back-to-back World Cup finals since Brazil in 1998 and 2002. If Morocco wins, they will become the first African nation to reach the final.

France enters as the overwhelming favorite — they entered the tournament as the fourth-ranked club in the world behind Brazil, Belgium and Argentina, respectively — Brazil was eliminated by Croatia (which lost to Argentina) in the quarterfinal, and Belgium didn’t even make it out of the group stage. France is looking to become the first team to repeat as World Cup champions since Brazil did so in 1958 and 1962.

Morocco is on quite the Cinderella run. Entering the World Cup, they were ranked 22nd. Now, they are the first African team to ever reach a World Cup semifinal. They were able to win Group F with seven points, and in the Round of 16, after a scoreless draw through extra time, they defeated Spain in penalty kicks, 3-0. In the quarterfinal, they upset Cristiano Ronaldo and Portugal, 1-0.

Morocco’s players celebrate after the penalty shootout at the World Cup Round of 16 match between Morocco and Spain at Education City Stadium in Al Rayyan, Qatar, Tuesday, Dec. 6, 2022.
(AP Photo/Luca Bruno)

The game will be played at Al Bayt Stadium in Al Kohr, Qatar.

Here’s what else you need to know about the match.

How to watch France-Morocco

The semifinal match between France and Morocco can be seen on FOX. The coverage begins at 1 p.m. ET with the match starting at 2 p.m. ET. Fans can also tune in here for the action.

Who are France’s players to know?

Who are Morocco’s players to know?

Youssef En-Nesyri scored Morocco’s lone goal against Portugal, and his two goals are the most on the team in this tournament in their five games. Goalkeeper Bono has allowed just one goal all tournament (five games).