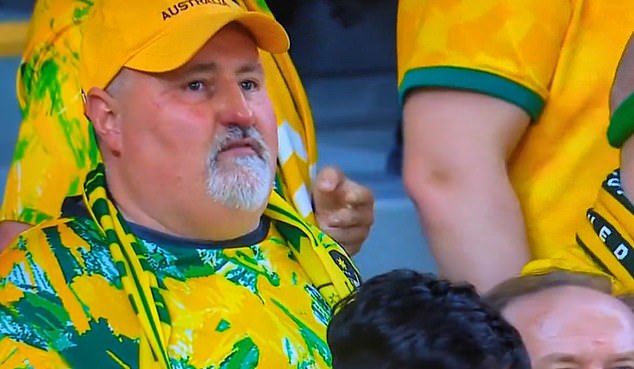 One of the few Socceroos fans who made the 12,400 kilometer trek to Qatar for the World Cup gave a hilarious reaction when he realised he was on TV during Australia’s defeat by France.

A smattering of Socceroos fans made their voices heard at Al Janoub Stadium in Al-Wakrah on Wednesday morning (Tuesday night local time) as Graham Arnold’s side fell to a 4-1 defeat by the reigning champions.

As is customary with World Cup coverage, the host broadcaster tends to pan to the crowd during the game, showing a sea of colour as fans from all over the world cheer on their teams. 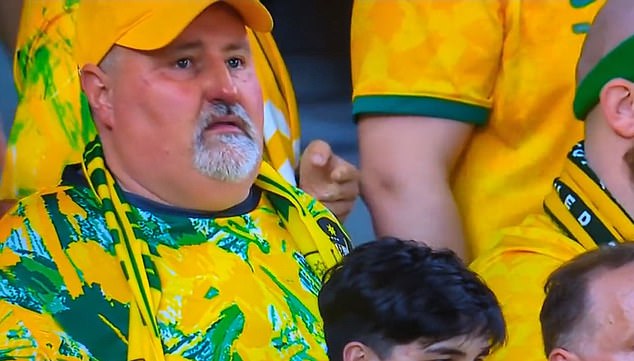 But one Socceroos supporter looked slightly apprehensive when he realised he was being shown on television, with eagle-eyed viewers noticing him mouth the words: ‘S*** we’re on the f****** telly’.

It is not yet known why the fan was so concerned about being spotted live on television.

Approximately 7,000 fans have travelled to the Middle East for the tournament, with Australia qualifying thanks to a penalty shootout victory over Peru earlier this year. 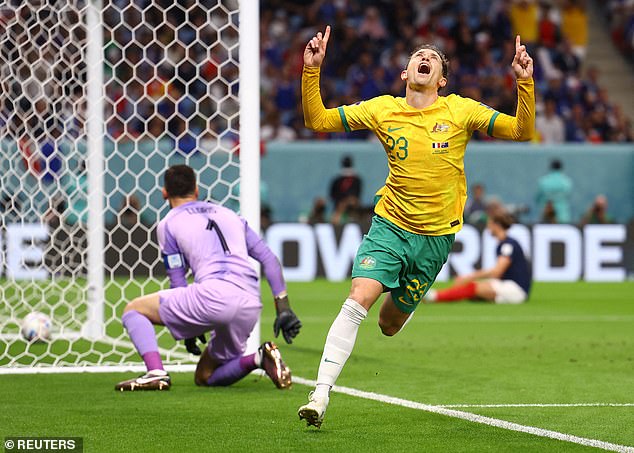 And for 27 minutes, Socceroos supporters were dreaming of the impossible after Adelaide star Craig Goodwin gave the underdogs a shock lead over the reigning world champions in Al-Wakrah.

Goodwin provided a sumptuous finish to complete a stunning team move that left the French shell-shocked, but despite a battling effort from their defence, the Socceroos were unable to hold on and fell to a 4-1 defeat.

Australia return to action on Saturday when they take on Tunisia in Group D, knowing that a win will give them a chance of reaching the knockout stages.

Do you know this Socceroos fan? Contact [email protected]