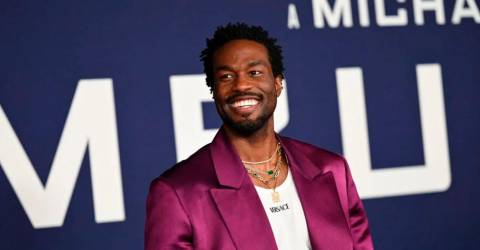 EMMY-WINNING actor Yahya Abdul-Mateen II is set to portray Simon Williams, who turns into the comic book superhero Wonder Man, who is set to make his small screen debut on a new Disney+ series.

It will be Abdul-Mateen’s third significant comic book role, following his portrayal of Black Manta in 2018’s Aquaman and Dr. Manhattan in 2019’s Watchmen on HBO, for which he won an Emmy award.

He is also confirmed to reprise Black Manta in Aquaman and the Lost Kingdom, which is presently slated for release on Christmas Day, 2023.

During the interview with Vulture about the first instalment of the Aquaman franchise, Abdul-Mateen talked about his acting career, stated that he thinks it’s important for him to do a different range of projects. “Everything should be about getting to the truth. But sometimes you got to know which movie or genre you’re in,” Abdul-Mateen said.

Shang-Chi and the Ten Rings director and writer Destin Daniel Cretton will executive produce the series with the potential to helm an episode or two, while Andrew Guest of Brooklyn Nine-Nine and Community fame takes on the role of the lead writer as part of his overall arrangement with Marvel Studios and Onyx Collective.

Besides Wonder Man, Cretton is already slated to direct another major MCU project – Avengers: The Kang Dynasty in 2025 – and he is anticipated to handle the upcoming Shang-Chi sequel.

In addition to Abdul-discussions Mateen’s with Marvel, Sir Ben Kingsley will reprise his role as the scene-stealing, down-on-his-luck actor Trevor Slattery. Notably, this led to fan suspicions that Wonder Man could be a satire of Hollywood and the filmmaking industry, given that Abdul-Mateen’s character Simon Williams is also an actor.

No word yet on when Wonder Man might be premiering on Disney+, but it seems unlikely it’ll beat Abdul-Mateen’s other big superhero project, next year’s Aquaman sequel.

Marvel Studios has not yet announced a premiere date for Wonder Man.