‘You’d have more chance of winning if you brought your dad back’: Question Time audience member rages about ‘offensive’ Jeremy Corbyn and tells Neil Kinnock’s son his father would have done better

A former soldier has told Neil Kinnock’s son that his father could have won more seats than Jeremy Corbyn following Labour’s annihilation in its traditional northern heartlands.

The authority crushing claim was made to Stephen Kinnock, who managed to hold onto his Welsh Aberavon seat in a night that saw the party haemorrhage voters, on a special edition of BBC Question Time in Wandsworth, London.

His father managed to hold on to a grim 229 seats in the 1987 General Election, an astounding 26 more than Corbyn.

Labour’s red wall was breached across its traditional Northern heartlands last night as the party achieved its worst result for more than 80 years.

The man told the audience assembled in Wandsworth, London, that he disagreed with Corbyn’s support for ‘terrorists’

Speaking on the programme he said: ‘I’m a former soldier in the British Army and I’m offended by your leader’s comments, associations with terrorists etc.

‘You’d have had more chance of winning if you brought your dad back.’

The comment brought a round of applause from the assembled crowd and Neil’s son even chuckled and smiled.

The unforgiving audience also launched a post-mortem on Corbyn’s leadership during the debate, blaming his leadership, failure to deal with anti-semitism, and anti-democratic decision not to back Brexit for the result.

There were also calls for the beleaguered Labour leader to step aside in order to give the UK a ‘healthy’ opposition to ‘safeguard’ voters interests. 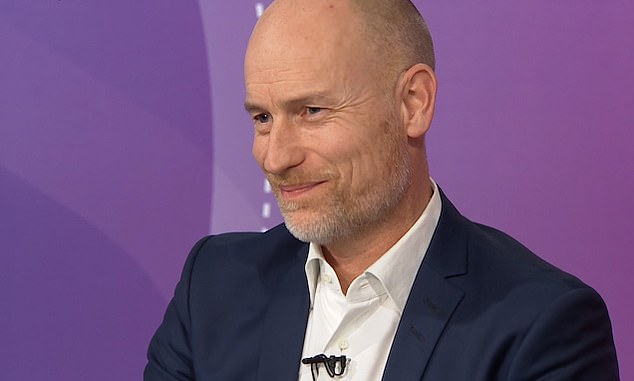 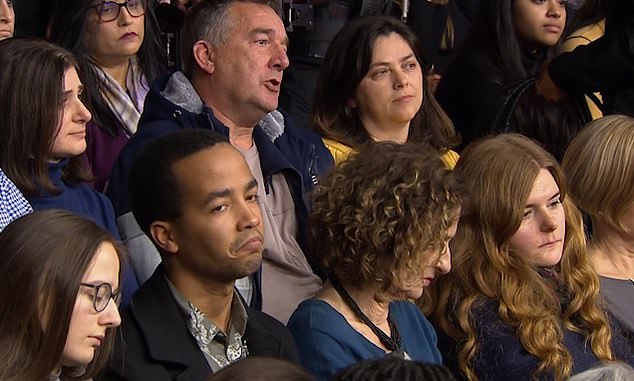 ‘How dare you say you’re not going to respect it.

‘That for me was the primary reason that i walked into a polling booth for the first time in my life not knowing who i was voting for.’ 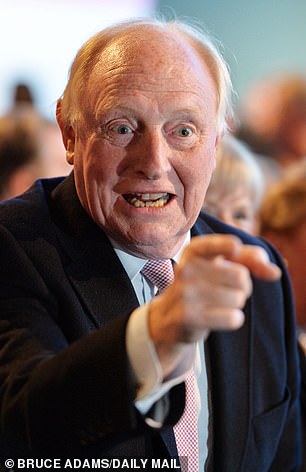 ‘It is absolutely clear that this is not a Tory victory, it is a Labour failure,’ he said looking ashen faced.

‘How could the Labour party not defeat a party like this? They’ve turned the country into an international lauhin stock. And yet, we could not beat them.

‘This is a damning indictment of Labour’s failure I’m afraid to say.’

The Labour manifesto had offered pledges to spend billions on the railways, infrastructure and in cash handouts to WASPI women, among others, which failed to appeal to voters.

Corbyn has previously been pictured allegedly laying a wreath at a memorial to individuals who blew up Israeli athletes during the Munich Olympics, and attending meetings with the IRA.

The Labour leader has since admitted he was at the wreath-laying, but said he ‘doesn’t think I was involved’.

Neil Kinnock lost in 1987 after running a ‘presidential-style’ campaign that saw him feature in a film showing himself and his wife Glenys walking along a coastal path to the sound of one of his speeches. 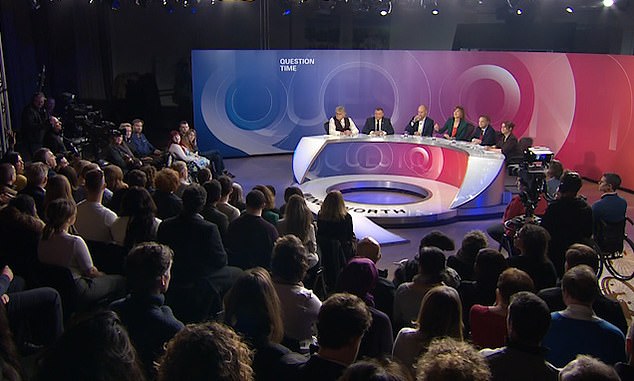 His campaign was heavily satirised by pundits including TV programme Spitting Image which prepared a song where the Labour leader declared he was the ‘worst opposition leader you’ve ever had’.