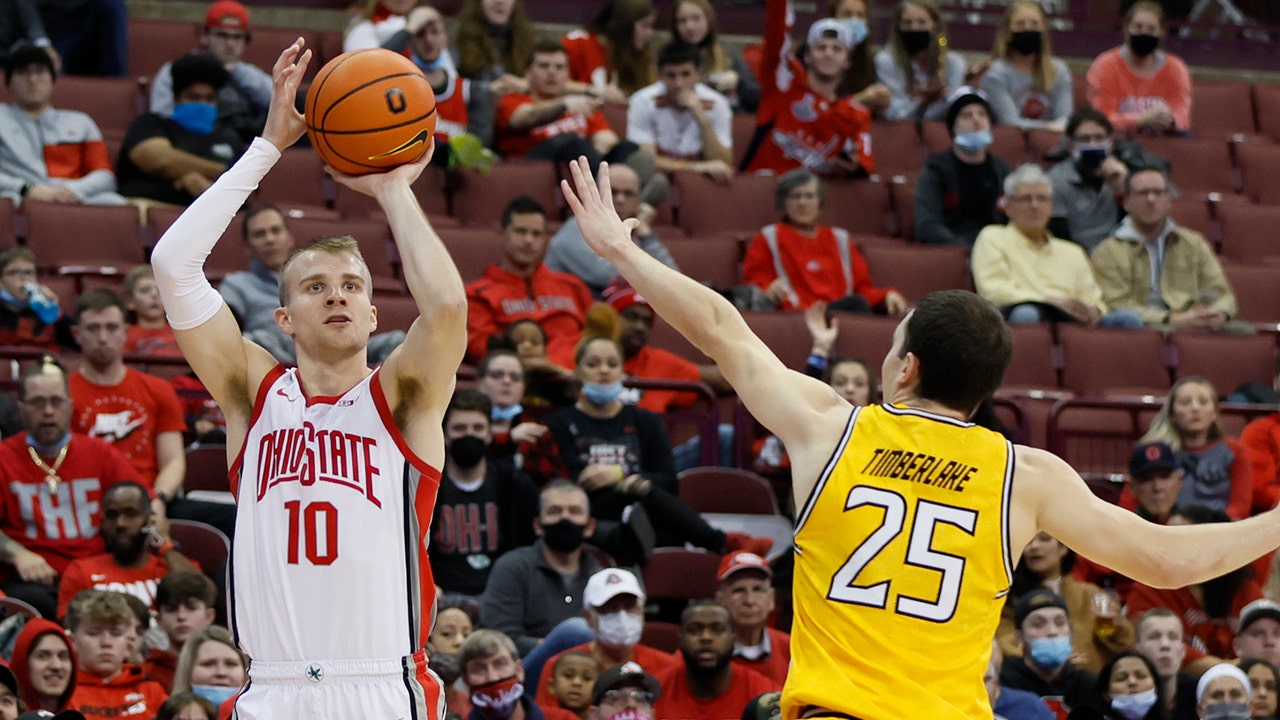 Kyle Young scored 18 points, Justin Ahrens had 16 points on a career-best five 3-pointers and No. 21 Ohio State held off Towson 85-74 on Wednesday night.

E.J. Liddell made all eight of his free throws and scored 15 points for Ohio State (7-2), and Zed Key added 13 points for the Buckeyes, who have beaten two unranked opponents since knocking off then-No. 1 Duke last week.

It was a strong shooting night all around for Ohio State, which shot 57.4% from the field, 43.5% from 3-point range and 84% from the free-throw line. Young went 6 of 7 from the field and Key was 5 for 6. The Buckeyes made six of their final seven shots.

Jason Gibson scored 19 points to lead Towson (6-4), which never completely fell out of the game.

“I think they’re as good as any mid-major team we’ve played,” Ohio State coach Chris Holtmann said. “I give our guys credit. I thought we played with more force and energy in the second half.”

The score was tied 43-all with 16:29 remaining before Ohio State went on a 12-2 run. The Buckeyes were in the double bonus for the final 7:27 and kept the Tigers at bay with free-throw shooting.

“They hit us with a little run in the second half where I thought we took a couple bad shots and that led to some transition,” Towson coach Pat Skerry said. “We were playing a little bit of catch-up from there.”

HOT OFF THE BENCH

Young, Ohio State’s fifth-year captain, came off the bench and sparked his team to another push after halftime. He scored 13 points on 4-of-4 shooting in the second half.

Young missed the first game of the season as he recovered from a balance disorder. He’s appeared in all eight games since then, scoring in double figures in five of the last six.

“I just want to be able to give the team whatever I can in the moment,” Young said. “Whenever my number is called, coach knows I’m going to go out there and give them 110 percent every time.”

Ahrens made four of his five 3s in the second half.

“Justin’s shooting has been phenomenal,” Holtmann said. “He’s really had a good year for us. He’s just got to keep getting better.”

Towson: The Tigers’ three-game winning streak was snapped. Towson made two field goals in the final four minutes and committed 24 fouls, including 17 in the second half.

Ohio State: The Buckeyes’ efficient shooting was offset somewhat by turnovers. The Tigers capitalized for 20 points off 13 Ohio State giveaways, seven by Liddell.

“Bottom line, he’s got to take better care of the ball,” Holtmann said. “The ball is in his hands a lot. He’s got to be more sure with it, strong with it.”