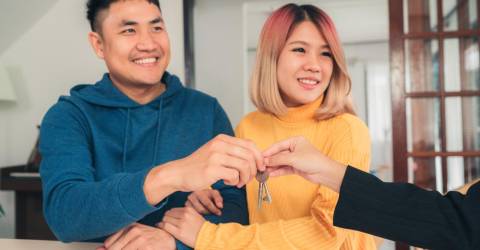 PURCHASING a home together with your partner is a dream fulfilled however, this young man’s dreamy bubble had burst when his mother demanded to be on the lease of the house he is buying with his girlfriend.

A Facebook page MY (Malaysia) shared a young man’s anonymous confession on how he had saved up together with his girlfriend to buy their first home together in Singapore.

“We finally managed to save up as much as RM24,000 for the downpayment of our house,” he said in his confession.

He then explained that his mother told him to add her name to the housing lease instead of his girlfriend, who is paying for it.

The man, who is working in Singapore with his girlfriend, also said that his mom explained that this was a respectful gesture to her and claimed that she will be upset if he did not obey her request.

Meanwhile, his girlfriend pointed out that it was unfair to both of them as she also has her share of her money in the house in which he agreed.

Torn between his mother’s wishes and his girlfriend, the young man said that he is unsure of his next step.

“I have my mom on one side and on the other side is my girlfriend. What should I do?,” he concluded in his post.

Netizens did not have an ounce of sympathy to spare in his situation and even went so far as to say that he did not deserve to date his girlfriend.

“Think about your future and also be considerate of your girlfriend’s feelings. Don’t be a mommy’s boy,” another netizen advised.

“Since your mother wants her name on the lease, then you ask her to pay,” another netizen added.