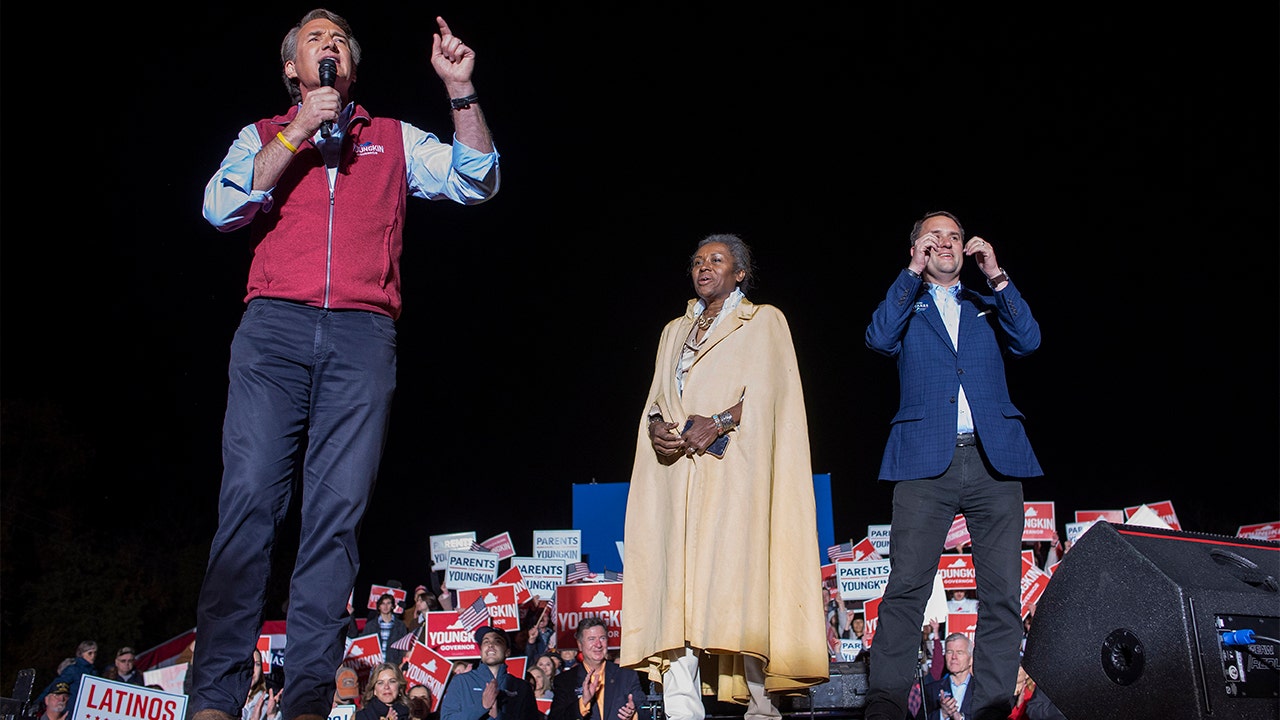 Republican National Committee Chairwoman Ronna McDaniel said momentum is on the side of Virginia’s GOP gubernatorial candidate Glenn Youngkin in the race against Democratic challenger Terry McAuliffe, adding that the outcome of the election will “come down to turnout.”

McDaniel, during an interview with Fox News, touted the Youngkin campaign’s efforts leading up to Election Day.

“To see a Republican candidate winning, or growing a lead, in a blue, blue state like Virginia — a state Biden won by 10 points — Youngkin is running a race, winning over Democrats and independents,” McDaniel added. “It already shows a win for Republicans.”

Campaign signs for Democrat Terry McAuliffe and Republican Glenn Youngkin stand together on the last day of early voting in the Virginia gubernatorial election in Fairfax, Virginia, Oct. 30, 2021.
(REUTERS/Joshua Roberts)

McDaniel said that potential win would “reverberate,” while adding Virginians would also have a governor to “lower taxes, give parents a say in education, and pull crazy curriculum out of the classroom.”

“We’re already seeing Democrats worrying,” McDaniel said. “We’re seeing across the country that Democrats are underperforming, and, if we continue to see that trend in Virginia, it bodes well for us in 2022.”

The latest polls have shown Youngkin and McAuliffe, the former Democrat governor of Virginia, either neck and neck or giving Youngkin a slight lead.

“McAuliffe is seeing an enthusiasm gap,” McDaniel said. “All of the momentum is around Youngkin.”

She added that even as Youngkin is rallying support from some Democrats and independents, the outcome will “come down to turnout.”

“Education is the key issue in Virginia right now, and I think it is a huge issue in blue states run by Democrat governors, where kids were kept out of the classroom during the pandemic,” she said. “Parents were on the front lines, at the forefront.”

McDaniel slammed McAuliffe, who said on the campaign trail that parents should not “be telling schools what they should teach” — a comment in response to Youngkin, who has argued that parents should be more involved in the decisions of local school districts.

“McAuliffe, to insult parents, to say you have no say, when parents have been at the forefront, Democrats are clearly putting unions above parents and kids, and Youngkin is putting parents and kids first,” McDaniel said.