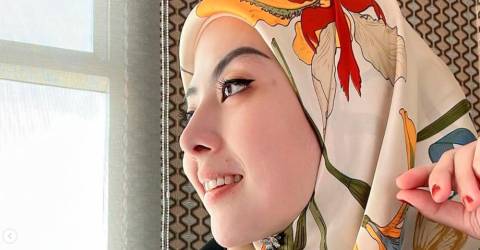 RECENTLY, criticism surrounded the daughter of UMNO President, Datuk Seri Dr Ahmad Zahid Hamidi again after Datuk Nurulhidayah Ahmad Zahid’s April scandal for defending the UiTM lecturer who berated the student who did not have a computer and her dismissing remarks about the seriousness of period poverty in Malaysia last November.

Last week, she drew more controversy with her statements that women were “not born to be leaders”, whilst speaking out on human rights in a Politically Frank video by Sinar Daily.

When netizens found out, they were outraged. “It’s kinda awkward when you said something and act opposite of it,” said a Twitter user.

“But I thought she said women aren’t born to be leaders.”

“This is very ironic. Isn’t she the one who said women shouldn’t be leaders? Thereby, the question arises, why has she been appointed into leadership positions?”

Some netizens also pointed out that she may have gotten the position due to her connections. “After looking at MQ Technology Board of Directors, it is pretty clear to me the reason for her being appointed. Her dad.”

So far, Nurulhidayah has denied that she meant women were unsuitable for all leadership positions, saying in an Instagram post that she was talking about women being in “top positions such as the prime minister, menteri besar, chief minister and other positions on par with it”.

With her new role as vice-chairman, it remains to be seen whether she will continue to court controversy, or use the opportunity to prove her critics wrong.