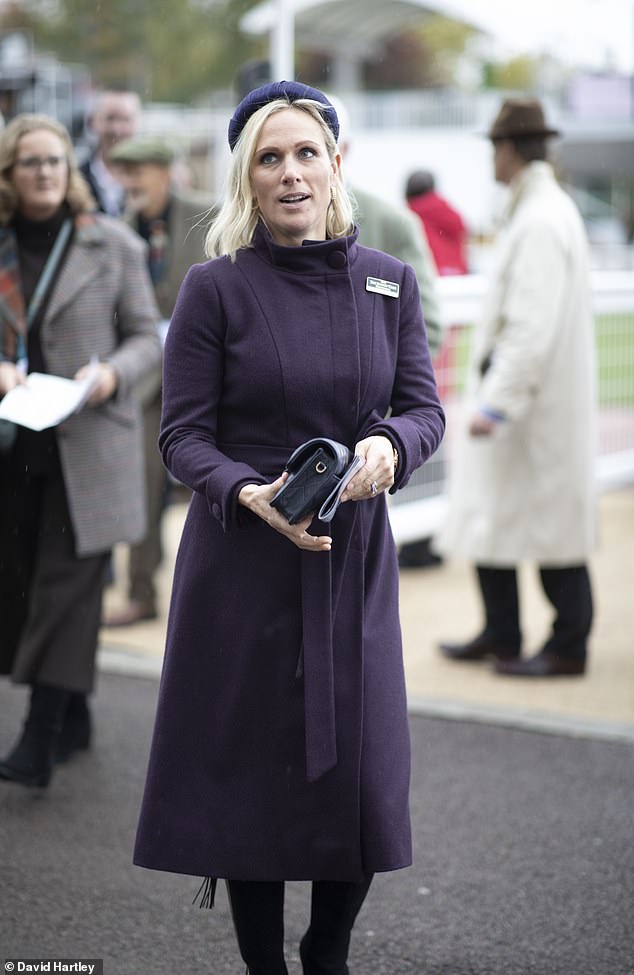 Zara Tindall put on a very stylish display for her first outing since it emerged that her husband Mike has ‘signed up to I’m a Celebrity… Get Me Out of Here’.

The mother-of-three, 41, attended the showcase meeting at Cheltenham’s race course this afternoon.

For the occasion, the elegant royal donned a purple coat from British designer Claire Mischevani, which she paired with a hairband from Camilla Rose.

Zara looked relaxed during the event today, where she met with the competitors and handed them their prize.

It was revealed last week that retired rugby player Mike Tindall, 43, is likely to star in the upcoming series of the ITV hit show. 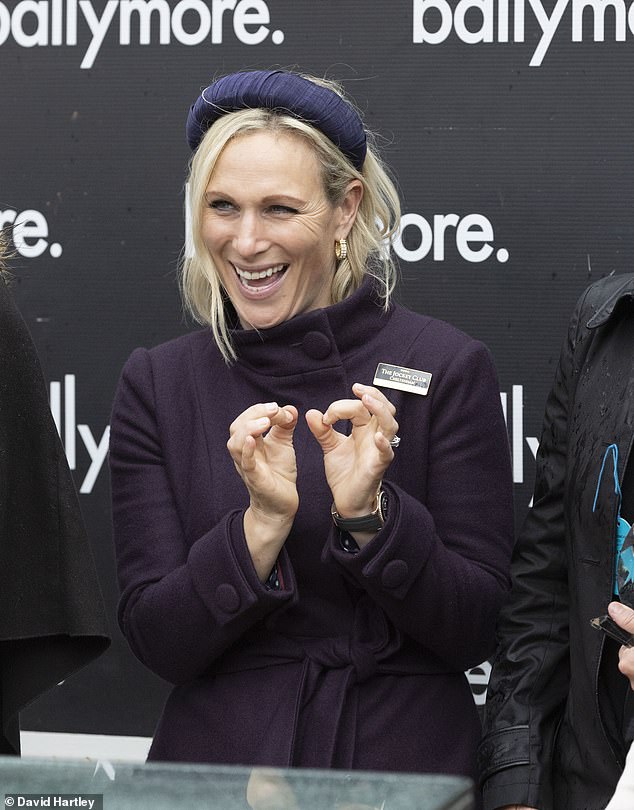 The mother-of-three, 41, was in high spirits as she attended the showcase meeting at Cheltenham’s race course this afternoon 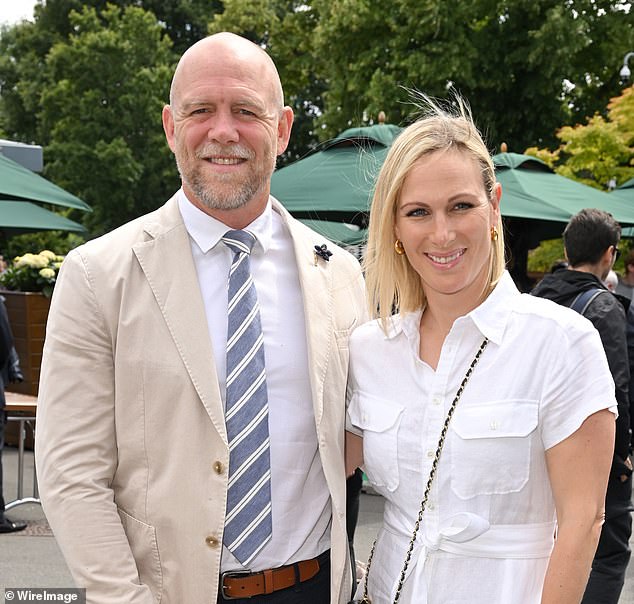 It was revealed last week that retired rugby player Mike Tindall, 43, is likely to star in the upcoming series of the ITV hit show (pictured earlier this year)

The royal mother-of-three was the picture of style in the purple get up as she strutted alongside the racecourse.

Her wrap coat was tied together at the waist by a built-in belt, and she paired it with a pair of black boots and her blue velvet clutch bag matched the hairband

She wore her blonde locks straight, held back by her velvet hair accessory.

The mother-of-three added a touch of bling with a pair of chunky golden hoop earrings studded with diamonds. 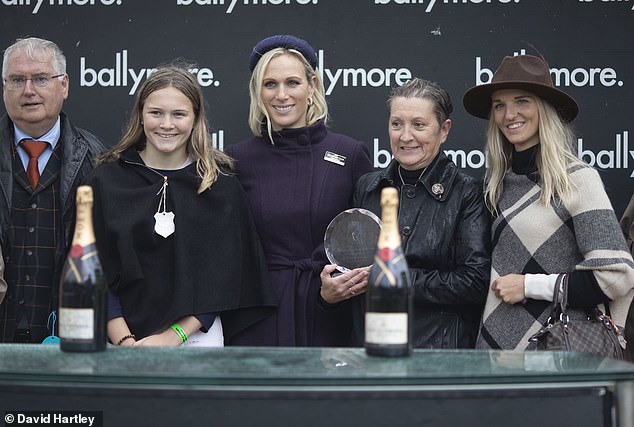 Princess Anne’s daughter looked in good spirits during the event, which traditionally marks the start of the Cheltenham racing season

Zara’s makeup was fresh and dewy with just a dash of bronzer, with a trait of eyeliner bringing the drama.

Princess Anne’s daughter looked in good spirits during the event, which traditionally marks the start of the Cheltenham racing season.

The showcase will last until tomorrow and will see riders and their steed compete in no less than 14 races.

During her appearance today, Zara was seen handing prices to the first competitors to come out victorious.

It was the mother-of-three’s first outing since it was reported that her husband Mike had signed up to join I’m a Celebrity.

He  is thought to not have asked King Charles for permission to take part in the reality show.

The 43-year-old former England rugby player, who is married to the Queen‘s granddaughter Zara Tindall, 41, ‘did not seek permission’ from the monarch to appear on the reality programme, according to the Times.

And the outlet added that as Mike could earn a six-figure pay packet for heading to the Aussie outback for the next installment of the ITV show hosted by Ant and Dec, Palace courtiers could find it difficult to ask him to reverse his decision.

Popular culture and brand expert Nick Ede previously  told FEMAIL that the royal could earn up to as much as £150,000 if he took part in the controversial series, which sees contestants undertake unsavoury Bushtucker trials, which can include consuming items including animal genitalia.

The brand expert added that appearing on the show could be a great move for ‘brand Tindall’, noting that while he could earn a significant pay out, ‘the true value of the show is what you do after it’.

He told FEMAIL: ‘Whether he gets a prime role as a sports pundit or panelist or host of a show who knows but for ‘brand Tindall’ this is a great step and will increase his celebrity equity ten fold. All eyes will be on Mike this year.’ 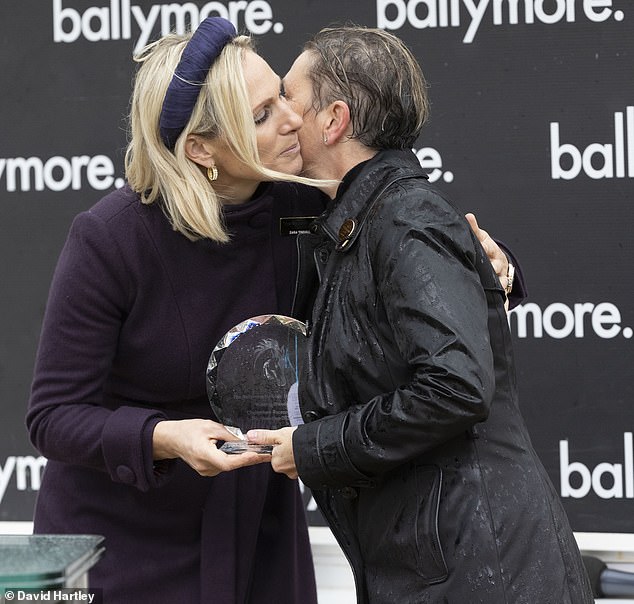 Nick also believes that Mike’s ‘devotion’ to his royal wife Zara, 41, made him popular with Brits, after he married into the Royal Family and became the son-in-law of Princess Anne in 2011.

He added: ‘There may well be two kings in the Royal Family this year – one of the crown and one of the jungle.’

Mike, who lifted the 2003 World Cup with England, married Zara in 2011 and the couple have three children together: Mia, eight, Lena, four, and Lucas, one.

However, his reported appearance on I’m A Celeb won’t be his first feature on a reality TV programme – in 2015, the former rugby player appeared on Channel 4 winter sports show The Jump.

An I’m A Celeb spokesman told MailOnline: ‘Any names suggested for I’m A Celebrity…Get Me Out Of Here! are just speculation. We’ll officially announce our line up for the new series nearer its transmission.’