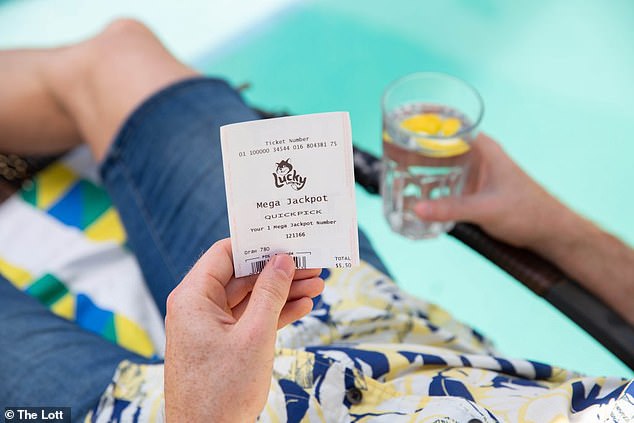 Winner of $4.6MILLION Powerball jackpot says he has no idea how to spend his massive windfall: ‘Buy a dog and go on holiday?’

A Sydney man is in ‘utter disbelief’ after he discovered he is now a multi-millionaire winning more than $4.6million in a lotto-draw.

The Balmain man held the only division one winning ticket in the Powerball draw last Thursday but confessed he was ‘too busy’ to check if he had won.

It wasn’t until Saturday morning that the Sydney-winner checked his ticket and saw he had won $4,645,700.55.

The Balmain man had the only division one winning ticket in the Powerball draw winning him a total of $4,645,700.55 in prize money (Stock image)

‘I checked my account on Friday morning but didn’t look at my Powerball entry,’ the man told The Lott.

‘I was actually in the process of purchasing a ticket into another draw!

‘It was only on Saturday that I noticed the win. My first reaction was utter disbelief. I had to sit down for a few minutes because I thought I was about to pass out from the excitement.’

The man said he was yet to celebrate the win and explained he has ‘no idea’ what to do with his winnings aside from buying a dog and taking his family on a vacation.

‘I just need to let this sink in and process it over the coming days.

‘I’d love to take the family on an overseas holiday soon and buy a family dog but after that I have no idea what I’ll do.’ 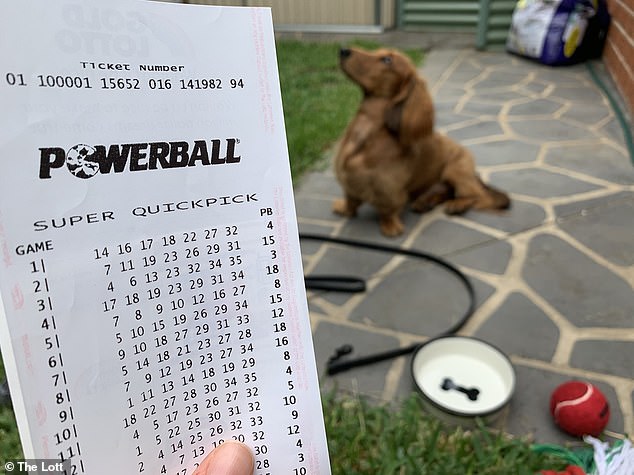 The Lott’s division one winning tally has now reached 255 since the beginning of the year, with 68 wins in NSW.

In 2021, 14 Powerball division one winners across Australia pocketed more than $550.1 million in prize money and offered an $80 million jackpot three times.

Of the 14 winning entries in 2021, seven landed in NSW, four in Queensland, two in Victoria and one in Western Australia.