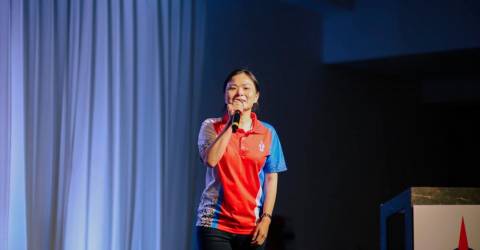 SIBU: All political parties are expected to face a common challenge in the 15th general election (GE15) – getting votes from young voters, according to two incumbent DAP Members of Parliament.

When met after purchasing her nomination form at the Sibu Municipal Council office here today, Lau said she had no strategies yet to woo young voters but hoped more could be done to create awareness on the need to vote.

“We really need to buck up on this issue. Education is important and we need to teach the youngsters about politics,” she said, adding that young voters should follow political campaigns before casting their ballots.

Incumbent Sibu MP Oscar Ling Chai Yew, who was also present to purchase his nomination form, said young voters should realise that they would be voting not only to form the federal government but also to decide the future of Malaysia.

According to him, one type of party was seen as the conservative power while the other was fighting for reforms.

“Don’t be distracted by the number of parties contesting in this general election. Just choose who can bring change in Malaysia,” he said.

“Of course these are not only the Undi18 voters but include those older who just got themselves registered automatically,” said Lau, who urged the people to check their voting status at https://mysprsemak.spr.gov.my. – Bernama