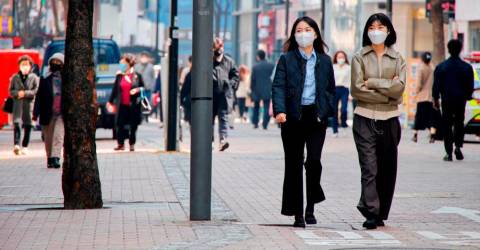 SEOUL: About one in 20 young people in Seoul live in isolation or seclusion from society due mainly to difficulties in finding a job or mental problems, a survey by the city government showed Wednesday.

An estimated 4.5 percent, or about 129,000, of Seoul residents aged between 19 and 39 were surveyed to be in social isolation or seclusion, Yonhap news agency reported the city government said following a survey conducted last year on 5,513 Seoul citizens in the age group.

The corresponding number for the entire country may reach 610,000 if the survey result is applied nationwide, it said.

The three biggest reasons for such social isolation cited by the respondents were unemployment or difficulties in finding a job at 45.5 percent, psychological difficulties at 40.9 percent and problems in relationships with other people at 40.3 percent, the survey showed.

Nearly 65 percent of them said they are below average in terms of social or economic status, while 55.7 percent said they want to get out of their isolation or seclusion, it added.

The most frequently cited types of support needed for such young people were economic assistance at 57.2 percent, hobby or sports programs at 44.7 percent and job or study opportunities at 42 percent.

Respondents of the survey were asked to give multiple answers. -Bernama