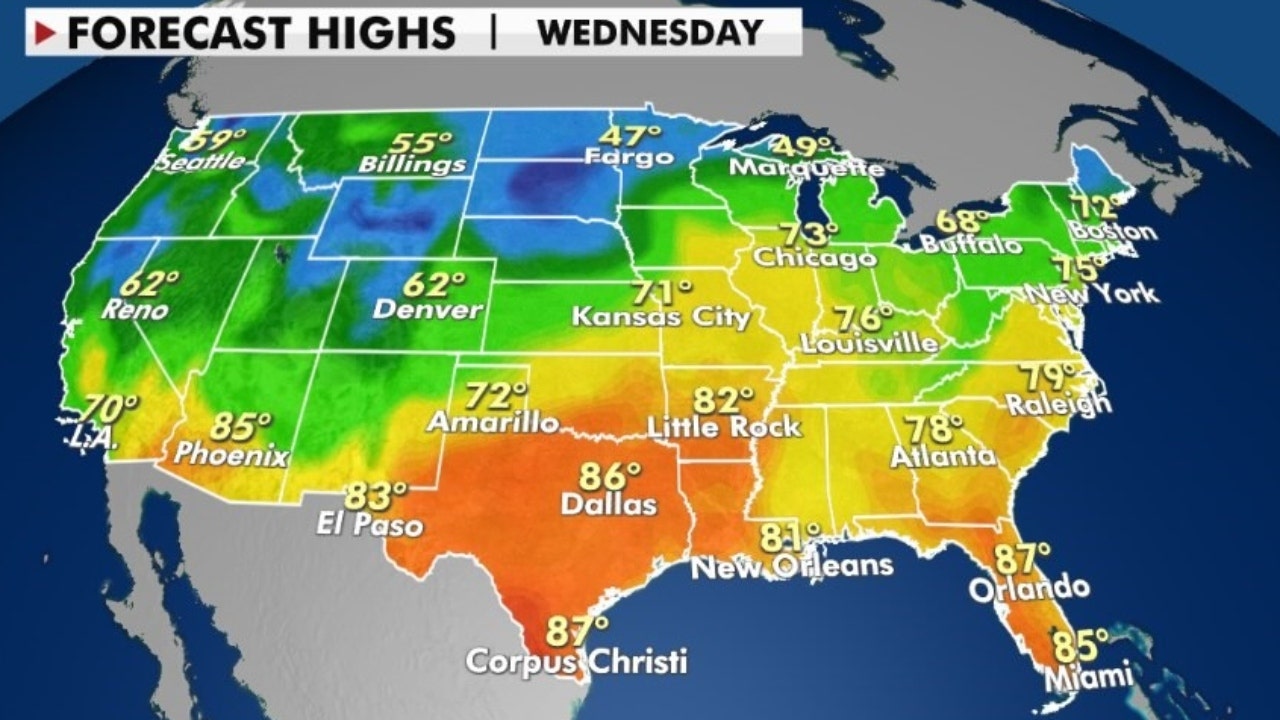 After a chilly start to the week for most of the eastern U.S., above-average temperatures return by midweek.

The Mid-Atlantic and Northeast will all see daytime highs exceed averages by five to 15 degrees on Wednesday.

In the South, temperatures will jump back into the high 80s and low 90s.

In the western states, a low-pressure system is moving east into the Rockies on Tuesday.

Rain and mountain snow will impact Utah, Wyoming and Colorado.

High elevations will see as much as several feet of snow through Wednesday morning.

This storm then shifts east bringing a 25-degree temperature drop to the Dakotas, Minnesota and Wisconsin on Wednesday.

The next storm system to impact the West moves onshore Tuesday night into Wednesday morning.