Ahh… the joy of a six-napkin taco!

By Tom Parker Bowles Event for The Mail on Sunday

Woking. Landing spot for those pesky Martians in The War Of The Worlds, Delia Smith’s place of birth and drab inspiration for The Jam’s A Town Called Malice. It’s also home to Araceli’s, a small Mexican restaurant with a polished concrete floor, whitewashed walls and a queue winding out of the door.

The room is briskly utilitarian, with a dozen or so tables and chairs, but no waiters. You join the line, passing the hot sauce station (filled, to my delight, with a dozen bottles of Valentina and El Yucateco, in various hues of heat), an emptily grinning papier-mâché Dia de Muertos skeleton, photographs of various Mexican taco stalls (including one Bill and I are convinced we’ve visited in Tijuana) and a small section stocked with Mexican groceries – dried chipotle chillies, masa flour, fresh tortillas, tinned tomatillos and bottled moles. I’ve yet to eat a bite, but I love this place already. Once at the front (and the line moves fast), you order from the small but concise menu. Tacos, with three different fillings; empanadas, made from maize; vast burritos; a decent margarita; Modelo and Pacifico beers; fresh, home-made salsas and icy hibiscus juice. The service, manned by its two Mexican owners, is as swift as it is charming, the prices muy bueno too. Two tacos for under six quid, cocktails for under a fiver. 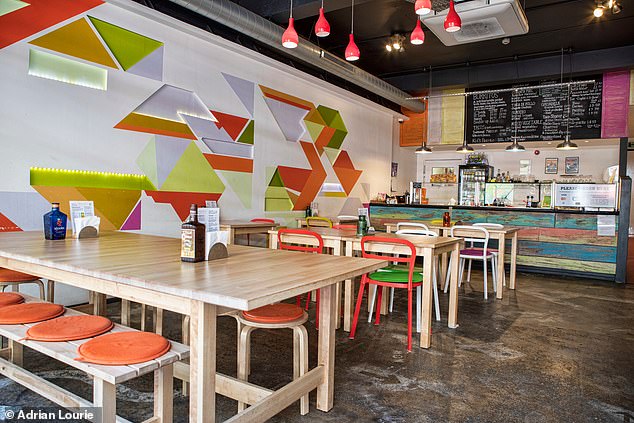 Araceli’s in Woking., The room is briskly utilitarian, with a dozen or so tables and chairs, but no waiters

Araceli’s started, as so many places do, with a local food truck. But such was its popularity that it moved into this bricks-and-mortar site, open all day from 11 until nine. These people work hard. And they can cook. Because this is the sort of Mexican food that’s so damned rare in this country. Sure, El Pastor and Santo Remedio in London never cease to delight, but move outside of a major city and you’re condemned to turgid Tex Mex, with its comedy sombreros, cheap tequila slammers, sizzling fajitas and wincingly awful puns. Here though, things are different.

Suadero, slow cooked beef brisket, reminds me of the Mexican street, that joyous combination of bovine depth and glorious grease. All enclosed within a decent fresh tortilla. A dribble of Zaca Zaca, home-made chilli oil, a splodge of guacamole, a spoonful of onions and a lusty slug of fierce, habanero-spiked El Yucateco, then devoured in three bites. It’s a six-napkin taco, as the juices stream down my hands and arms, staining the front of my shirt. There’s tinga de pollo too, where chicken is cooked in the most subtle of chipotle and tomato sauces. And, best of all, a cochinita pibil, stained orange with annatto, sharp with orange juice, and deliriously soft and juicy. Again, good tacos are nothing without decent salsas. And I pile this one high with a zinging pico de gallo, plus the requisite dousing of hot sauce. It’s as good a taco as I’ve eaten anywhere in this country. Hell, it could hold its head high in Yucatán.

Empanadas, bright yellow with a soft, spongy texture, are filled with huitlacoche (that beloved corn fungus with its slippery texture and slightly musty taste), and potato and chorizo. Even the Californian-style burrito, so often a lumpenly stuffed afterthought, is a mighty riot of cochinita pibil, cool sour cream, perky salsas, black beans, chilli and rice. The soft flour tortilla wrapping is as delicate as a silk handkerchief. ‘More burro than burrito,’ says Bill as he chops the great log in half. Not so much little donkey as fully grown adult beast. Not that we’re complaining. 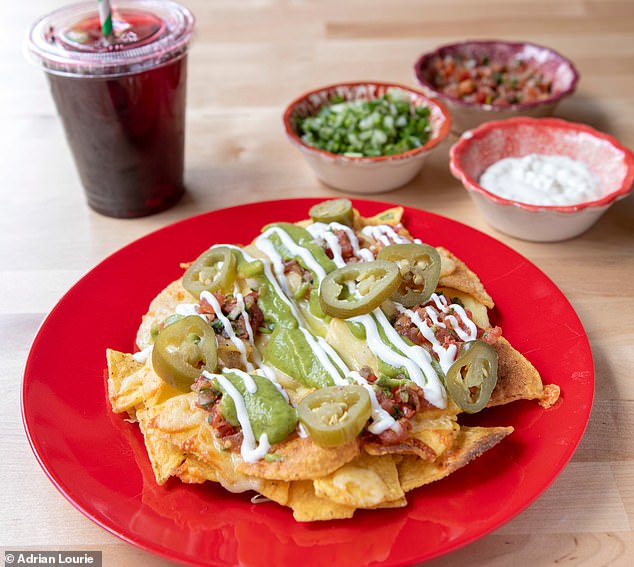 Serious Mexican street food, served up with lashings of warmth and soul

As we eat, the pile of dirty napkins grows bigger before us. And still the punters come, the tables full, the queue eternally long. The people of Woking know a good thing when they see it. Serious Mexican street food, served up with lashings of warmth and soul. In a time where those mediocre middle-market chains are falling like flies, this is how to get things right.