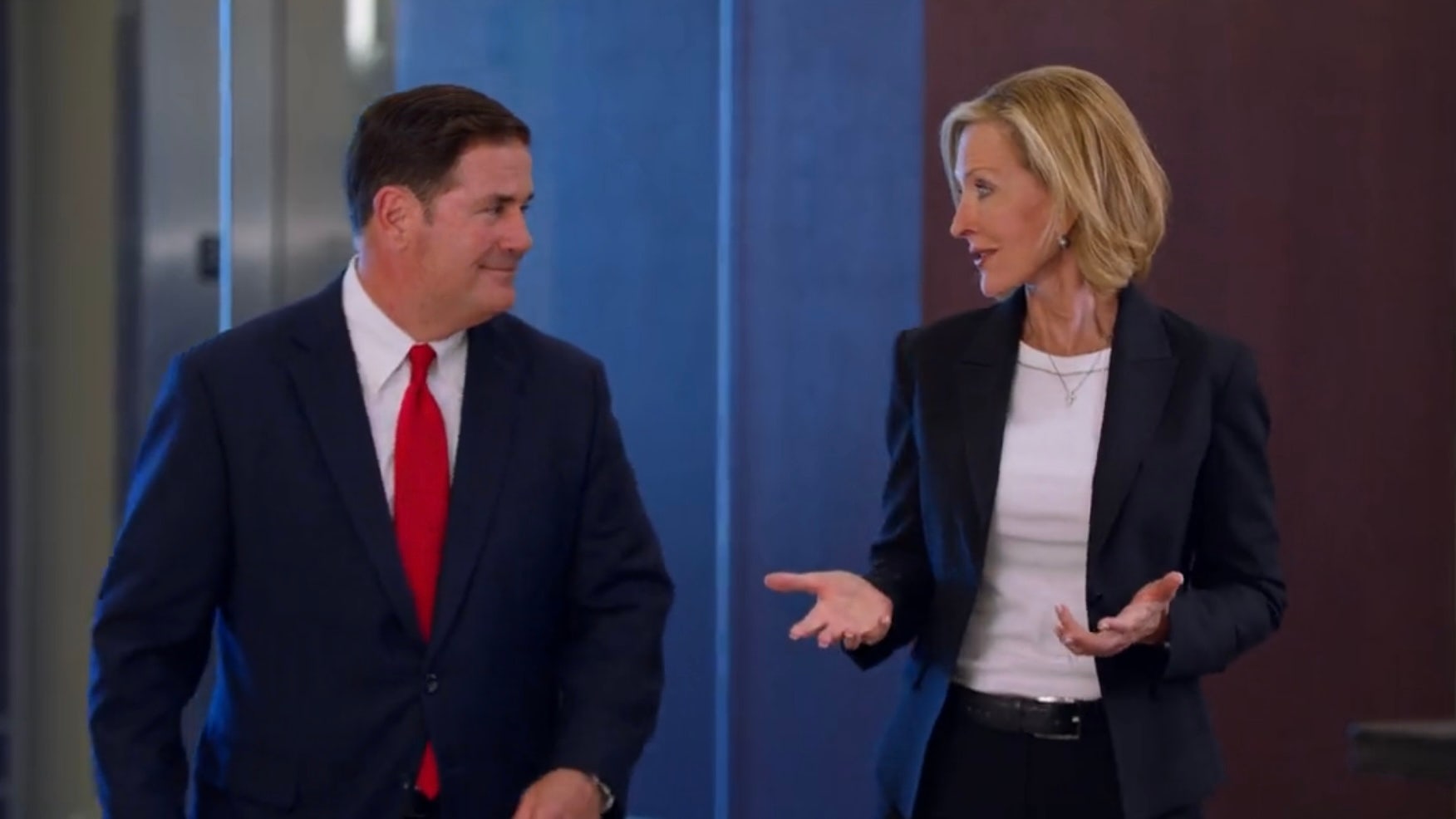 The term-limited Arizona governor and co-chair of the Republican Governors Association on Thursday endorsed real estate developer and Arizona Board of Regents member Karrin Taylor Robson in next month’s GOP gubernatorial primary. Ducey argued that Taylor Robson is the best candidate to succeed him in the field of Republican contenders that also includes Trump-backed Kari Lake, a former TV news anchor.

Lake and Taylor Robson are the two polling front-runners in a field of four GOP candidates running in the state’s Aug. 2 primary. Illegal immigration and border security, the economy, and Trump’s unproven claims that the 2020 presidential election was “rigged” and “stolen” have been the top issues in the primary battle.

“I’ve looked at each of the candidates for Governor this year, and there’s no question who is the proven conservative ready to lead on Day One: Karrin Taylor Robson,” the governor said in a video statement. “I’m proud to offer Karrin my complete endorsement.”

Taylor Robson took to twitter to write “I’m humbled to receive the endorsement of Gov. @DougDucey. I’m honored he trusts me to move the state forward in a bold, conservative direction. As Governor, I will secure the border, fight back against Washington and never stop fighting for Arizonans & their families.”

Arizona Secretary of State Katie Hobbs is the leading contender for the Democratic gubernatorial nomination in the one-time red state that’s become a top general election battleground between the two major parties.

Ducey incurred the wrath of then-President Trump for certifying now-President Biden’s razor-thin victory in Arizona in the 2020 election. The conservative governor famously publicly silenced a phone call from Trump in December 2020 — as he certified his state’s results.

While the governor has long stood by his decision, saying he was “loyal to the Constitution and the law,” Trump has repeatedly slammed Ducey, calling him “one of the worst Governors in America” and a “RINO,” which stands for Republican in Name Only.

Ducey made his endorsement the day after early voting in the primary got underway, and a week after a contentious GOP gubernatorial debate between the four remaining candidates.

Lake reiterated her belief that the 2020 presidential election was stolen and that Biden “shouldn’t be in the White House.” While Taylor Robson said that the election “was absolutely not fair,” she was the sole candidate on the debate stage to say she would accept the results of the upcoming election.