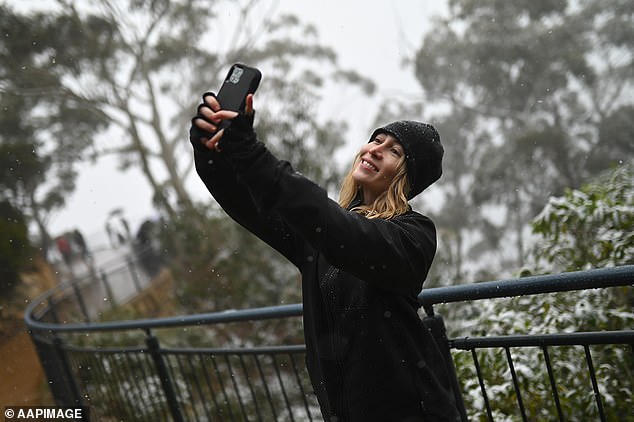 Five new polar blasts are set to hit Australia over the next two weeks as the country continues its freezing start to winter – the coldest in 118 years.

A massive surge of cold air is forcing temperatures to plunge several degrees below the June average right across the country.

The Bureau of Meteorology says even more icy weather will hit the nation’s southeast later this week, with frigid winds coming straight off the Antarctic Ice Sheet.

Those conditions will combine with a cold, dry surge of air surging in from the Southern Ocean, which will see chilly temperatures last through until next weekend.

Brisbane will see minimums as low as 6C for the rest of the week – the lowest temperatures the Queensland capital has seen in early June since 1904. 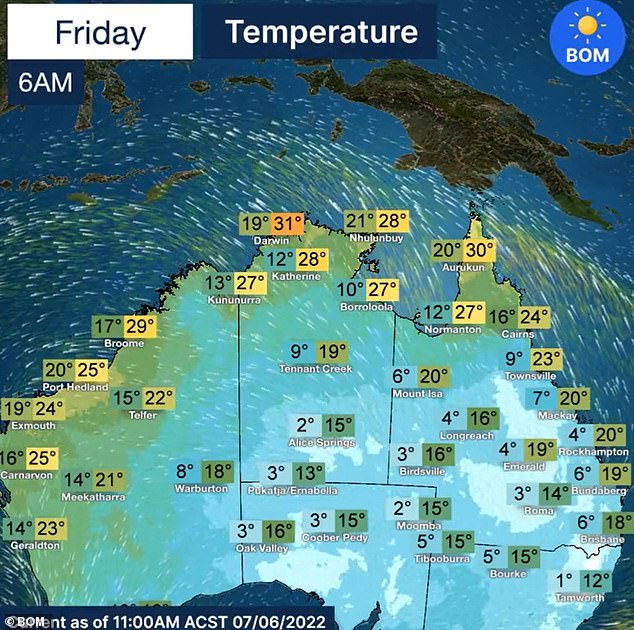 The coldest of the five blasts is set to hit Tasmania on Saturday evening, before reaching the mainland next week.

The low-pressure system bringing the freezing winds will be slow moving, which means icy conditions will last until next weekend.

It will also see major cities in the country’s southeast endure more days better spent under the doona, while Western Australia will see large periods of rain as another low-pressure trough moves in from the west.

Sydney will see an even cooler day on Wednesday than Tuesday, with a minimum of 6C and maximum of just 14C. 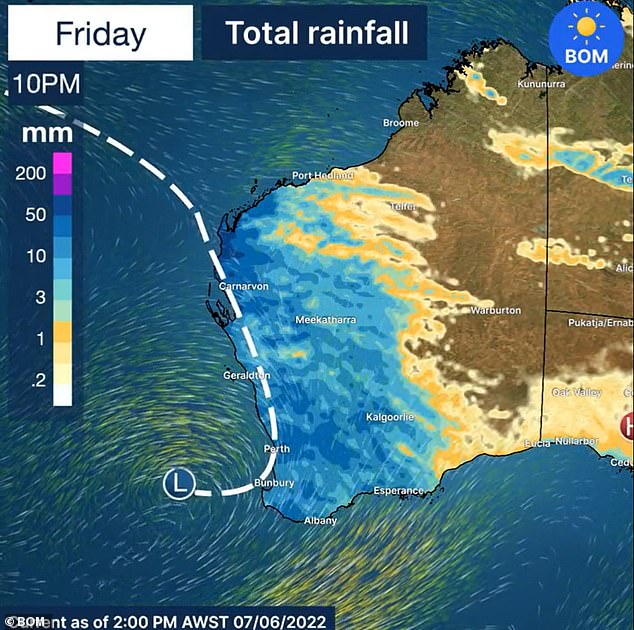 A low-pressure system bringing the freezing winds to Australia will be slow moving, which will see the conditions extended through next weekend – including rain to WA 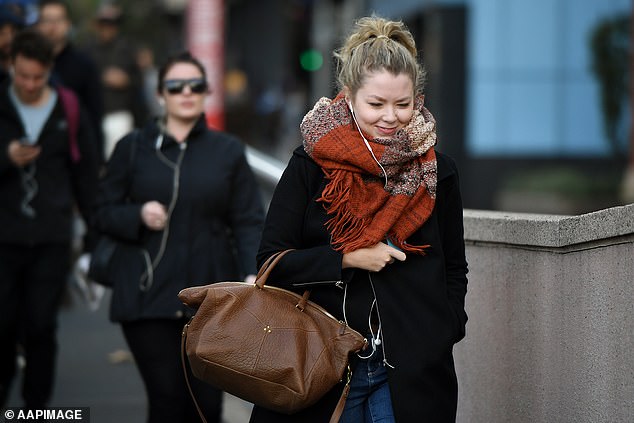 Melbourne will be slightly warmer than Tuesday’s top of 11C, with a max of 12C expected for the Victorian capital.

The miserable conditions are a result of a cold front moving upwards from South Australia, with parts of the country’s southeast already seeing fresh dumps of snow.

Parts of typically mild Queensland will also be hit hard.

In Toowoomba, an hour-and-a-half west of Brisbane, the apparent temperature is set to plummet to as low as -5.4C on Thursday morning according to Weatherzone, with southern parts of Queensland to also suffer through the chilly weather. 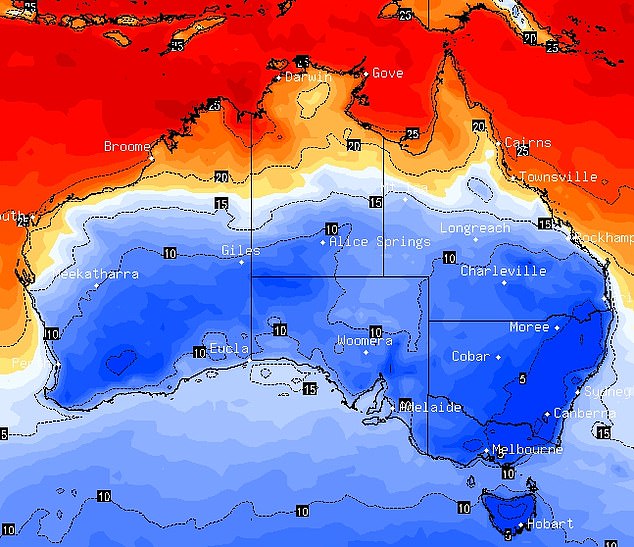 Multiple capital cities are set to shiver through their coldest week in decades for this early on in the winter season, as temperatures plunge several degrees below the June average 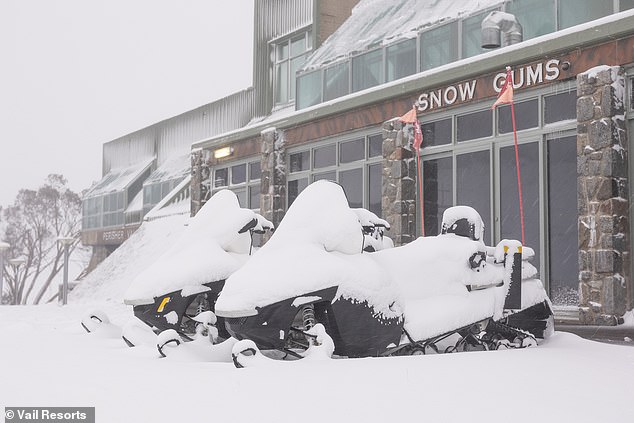 In Tasmania those living in Launceston woke to an unbearable -1.6C this morning.

This week, Sydneysiders will see the coldest run of days this early on in winter since 1989, according to Weatherzone.

In Melbourne, the city will see its coldest week for this time in June since 1982, while Brisbane hasn’t seen a week this cold this early on in winter since 1904.

Weatherzone forecaster Chris Matthews said Sydneysiders were in for a cold week with the highest temperature forecast at 17C.

‘This week will feel much colder because of the wind chill factor,’ he earlier told Daily Mail Australia. 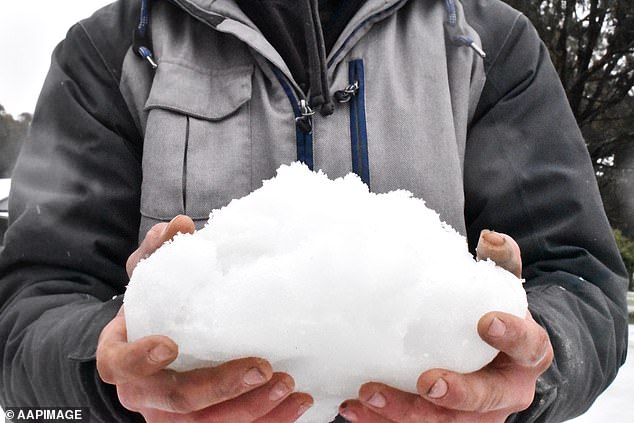 The Bureau of Meteorology said the cold front was moving north into NSW on Tuesday and into central and inland Queensland by Wednesday.

The icy blast is set to reach the Top End by Thursday.

On top of the freezing air, parts of NSW, Victoria, the ACT and SA will also be hammered with rainfall over the next few days.

Adelaide has a high chance of showers over the next few days but is expected to dry up by Sunday.

Storms are also on the forecast for Melbourne, while Sydney will have a dry week. 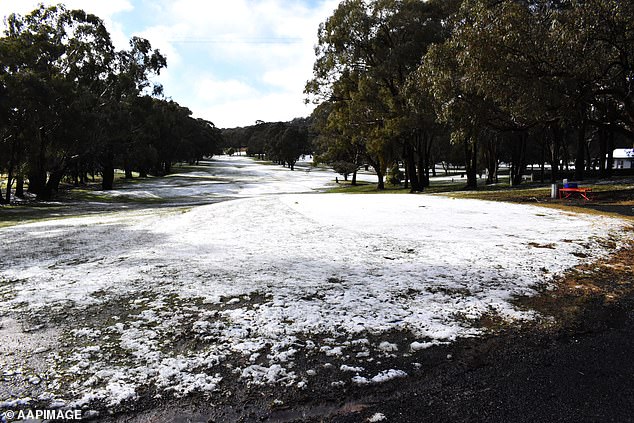 The Bureau of Meteorology said the cold front will move north into NSW on Tuesday and into central and inland Queensland by Wednesday (pictured in Blayney, NSW)

In parts of the south western slopes and Riverina in NSW, thunderstorms are likely.

Hobart will reach a top of just 8C on Tuesday with heavy rainfall forecast.

Canberrans will also shiver through the week with a minimum of -1C on Thursday morning.

Perth will see a warm and sunny day on Tuesday but will then be battered by rain into the weekend.

Darwin will escape both the cold and the bad weather with tops of 34C on Tuesday and a dry and sunny day.