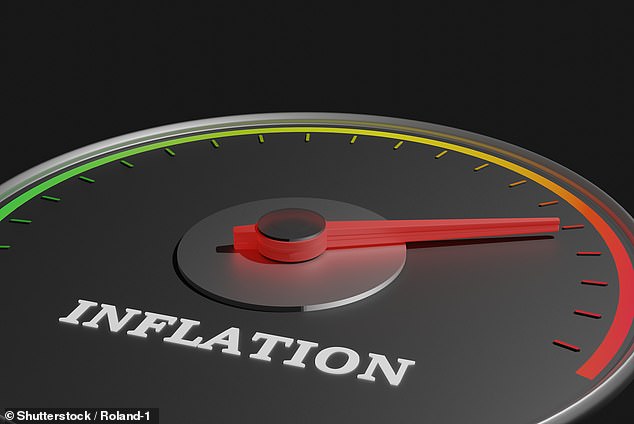 Former chief economist of the Bank of England Andy Haldane has accused it of acting too slowly to curb inflation – and warned steep price rises could last years.

He said it faced its ‘stickiest situation’ since it became independent in 1997.

The comments came after the bank raised interest rates for the fourth time in a row to cool surging inflation, which it predicted could top 10 per cent by the end of the year.

Overheating: Andy Haldane’s comments came after the Bank raised interest rates for the fourth time in a row to cool surging inflation

It also warned that the UK could tip into recession this year thanks to higher energy prices and borrowing costs.

Haldane, 54, who left last year, said acting earlier ‘would have saved the need’ for such sharp interest rate rises.

He told The Sunday Telegraph that upward pressure on prices would ‘prove more persistent’ than thought.

It came as the EY ITEM Club cut its 2022 forecast for UK GDP growth to 4.1 per cent from 4.2 per cent predicted in March. It does not expect a recession, though.