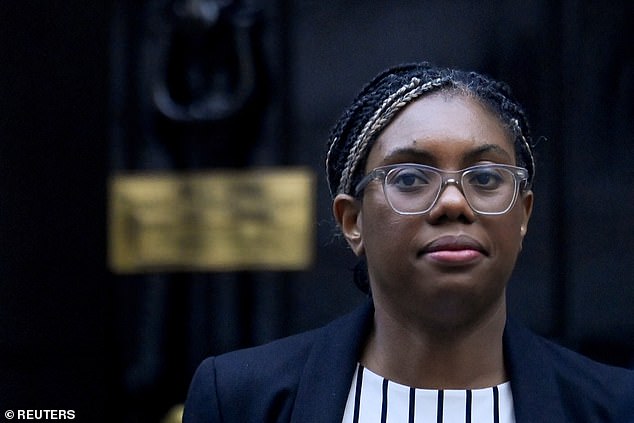 Kemi Badenoch has backed Rishi Sunak to be the next Conservative Party leader and Britain’s next Prime Minister, comparing the frontrunner to Margaret Thatcher.

Ms Badenoch, who stood to be Tory leader earlier this year, was expected by many in Boris Johnson‘s camp to support the former Prime Minister in his bid to return to Downing Street.

However, the Trade Secretary said that while she admired Mr Johnson, Sunak was ‘the man for the job’.

She wrote in The Times: ‘I have, on occasion, been a member of the Boris Johnson fan club. Even when I resigned from his government, I acknowledged his many strengths. He has been an asset to the country during some very difficult times.

‘However, I am an even bigger fan of Margaret Thatcher, a formidable politician who did not duck difficult decisions, was extremely prudent and successfully carried out major reforms by winning the argument and taking the public with her. 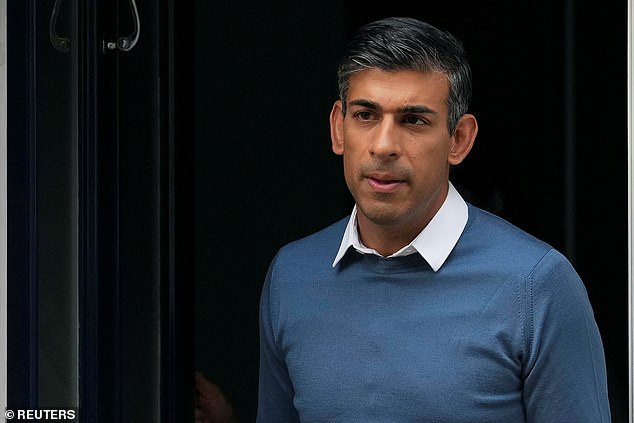 ‘We need someone who can do the same. I believe that person is Rishi Sunak.’

Former Home Secretary Suella Braverman and Kemi Badenoch were last night under pressure to step aside from the leadership contest to avoid splitting the Tory right’s vote.

Brexit-backing MPs warned that the MPs stood little chance of winning the Conservative leadership contest but could dent the chances of Boris Johnson.

Ms Braverman, who was ousted as home secretary on Wednesday, was still trying to persuade Tory MPs to back her yesterday.

She has yet to declare if she will stand, but even close allies admit that she is unlikely to succeed – especially if Mr Johnson runs.

One senior Tory said: ‘Both of them are going to be a little bit late to the party if they stand. ‘I very much doubt whether Suella is going to stand, but if she did it would fragment the right-wing vote. 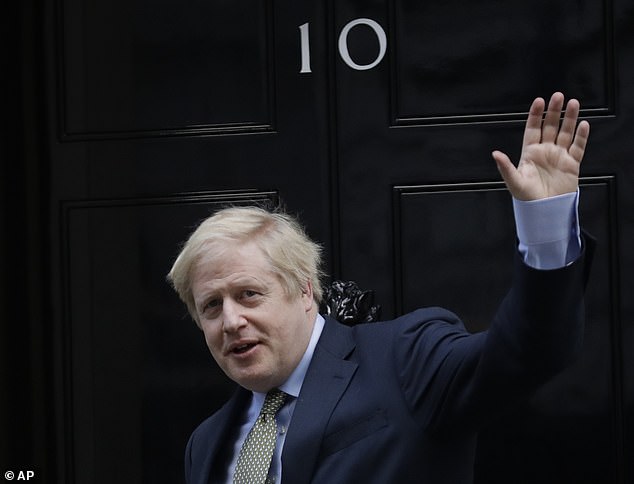 Another former Cabinet minister warned: ‘If Boris is standing, that’s like chucking a boulder in the pond and all the smaller fish [Suella and Kemi] will get washed aside.’

Brexiteer backbenchers in the European Research Group (ERG) will meet on Monday for a plenary session to discuss the candidates’ policies, although they are unlikely to vote en masse.

Last time around the vote from the right of the party was split across several candidates.

Ms Braverman, a former Attorney General, previously promised ‘rapid and large tax cuts’ and said she would suspend net-zero targets to deal with the energy crisis and pull the UK out of the European Convention on Human Rights.

Ms Badenoch, meanwhile, said she wanted lower taxes and ‘limited government’ that focuses on the essentials.

She appeared to be targeting the anti-woke vote, complaining about ‘the shutting down of debate’ and stressing the need to ‘reinvigorate the case for free speech’.

Just hours before Miss Truss’s resignation on Thursday, the right turned on her amid claims she sacked Ms Braverman over an immigration row.

No 10 then further stoked anger by declining to confirm whether Miss Truss would stick to the Conservative Party’s manifesto pledge to reduce overall net migration.

Ms Braverman was sacked as home secretary after a 90-minute ‘shouting match’ in which she warned the PM that it would be ‘insane’ to relax immigration rules in order to boost economic growth, sources said.

But Downing Street said she had resigned after sending a confidential document to a Tory MP in breach of the ministerial code.

The ousted home secretary used her resignation letter to accuse the PM of breaking key pledges and wobbling over manifesto commitments such as reduced migration.