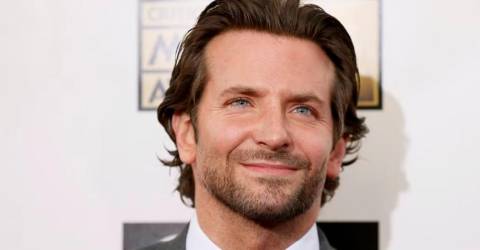 FOR some Hollywood stars, no matter how many years they have been in the industry, it is still not considered enough to earn the respect of their peers.

In a SmartLess podcast episode with Jason Bateman, Will Arnett and Sean Hayes, actor and director Bradley Cooper recalled a time when a director implied that he didn’t deserve the seven Oscar nominations he’d received at the time.

Cooper recalled that he was attending an industry party with a “dear actress friend” four years ago, when a director told him: “What world are we living in where you have seven nominations and she’s only got three?”

He noted that he hated Hollywood for things like that and recalled telling the director off, saying: “Bro, why are you such an a–hole? Like, go f— yourself.”

The 47-year-old actor also mentioned that he remembers all of the mean people he’s encountered over the years, and brought up another incident in 2011 at the same party.

According to Cooper, a “hero female actress” that he didn’t know implied he didn’t deserve his first-ever Oscar nomination for his role in Silver Linings Playbook, snarkily referring to it as “the nom”.

“Can you imagine saying that to somebody? You’ve got to be f—ed up to do that.”

Since the encounter with the unnamed director, Cooper went on to nab two more Academy Award nominations: one each for 2019’s Joker and 2021’s Nightmare Alley, both of which he co-produced and were up for Best Picture.

Next for Cooper is a return to voicing Rocket Racoon for Thor: Love and Thunder and Guardians of the Galaxy Vol. 3 as well as the lead role in Maestro, the upcoming American biographical film based on the life of Leonard Bernstein.