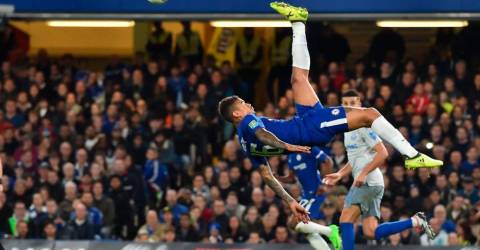 RIO DE JANEIRO: Chelsea winger Kenedy is set to return to the Premier League club after being recalled from his loan spell with Flamengo, according to widespread media reports in Brazil.

The 25-year-old has been cleared to return to Stamford Bridge after Flamengo indicated they would not exercise an option to make the deal permanent, Xinhua quoted a Globo Esporte report.

Kenedy has struggled to earn a regular starting berth at Flamengo since joining the Rio de Janeiro club on a 12-month loan last August.

It is understood Chelsea will seek another loan spell for the Brazilian in an effort to boost his market value.

Kenedy, who is contracted to the Blues until June 2023, has made just 27 appearances for the London club since his 2015 arrival from Fluminense. – Bernama