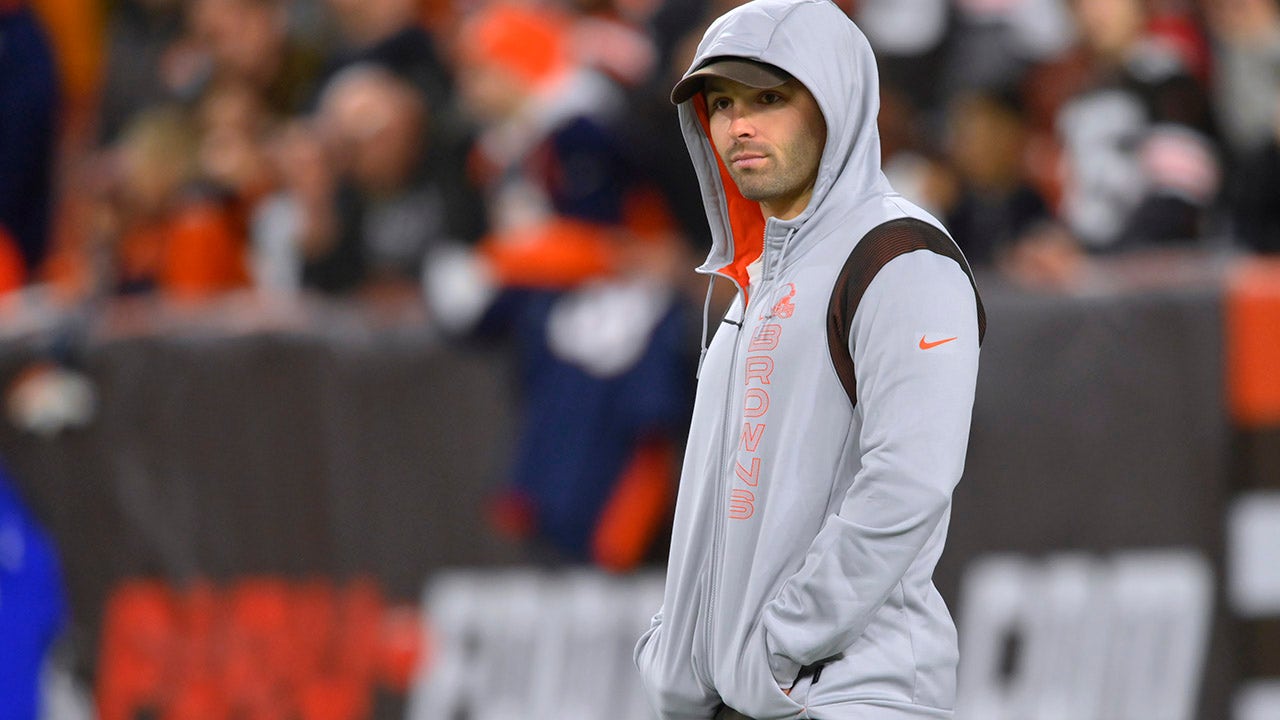 Browns quarterback Baker Mayfield also is dealing with a broken bone in his injured left shoulder but believes he can play with it, a person familiar with his health told The Associated Press on Thursday night.

Mayfield hopes the injury improves enough over the next few days that he can face the Pittsburgh Steelers on Oct. 31, said the person who spoke on condition of anonymity because of the sensitivity of the situation.

Fox was first to report the extent of Mayfield’s injury during its pregame show.

Mayfield told the network he broke the top of his humerus bone, which extends from the shoulder to the elbow. He said the fracture prevents the rotator cuff from firing.

“I need that fracture to heal for me to get back out there,” Mayfield told Fox.

Mayfield has been playing with a torn labrum in his shoulder since hurting it while attempting to make a tackle on Sept. 19. He’s been an inconsistent pass over the past few weeks while wearing a harness to stabilize his non-throwing shoulder.

Mayfield revealed this week that he has a complete tear of his left labrum. His shoulder twice popped out its socket last week in a loss to Arizona, worsening the painful injury.

Before sitting out against the Broncos, Mayfield hadn’t missed a game due to injury since 2013 when he was a walk-on at Texas Tech.

Backup Case Keenum started for Mayfield, who could be facing offseason surgery on his shoulder. On Tuesday, Mayfield said he didn’t know if an operation was certain.

Mayfield led the NFL with an 81.6% completion percentage through two games, but he’s been misfiring of late with many of his passes sailing high.