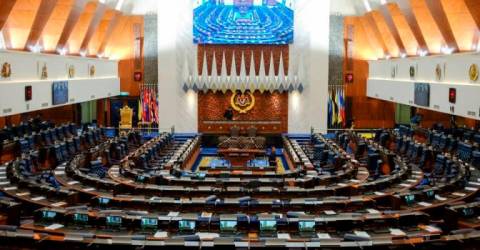 KUALA LUMPUR: The Budget 2022 allocation for the Prime Minister’s Department (JPM) was passed at the committee stage in the Dewan Rakyat today with a majority voice vote.

Earlier, the debate session was participated by MPs from the government, opposition and independent bloc before the winding up by the respective ministers.

According to the Dewan Rakyat calendar, the debate and winding-up session at the committee stage for other ministries will take place until Dec 13.

The debate and winding-up session tomorrow are expected to involve allocations for the National Unity Ministry and Foreign Ministry.

The Supply Bill 2022, tabled by Finance Minister Tengku Datuk Seri Zafrul Tengku Abdul Aziz on Oct 29, was passed at the policy stage on Nov 18 after two weeks of debate and four days of winding-up session.