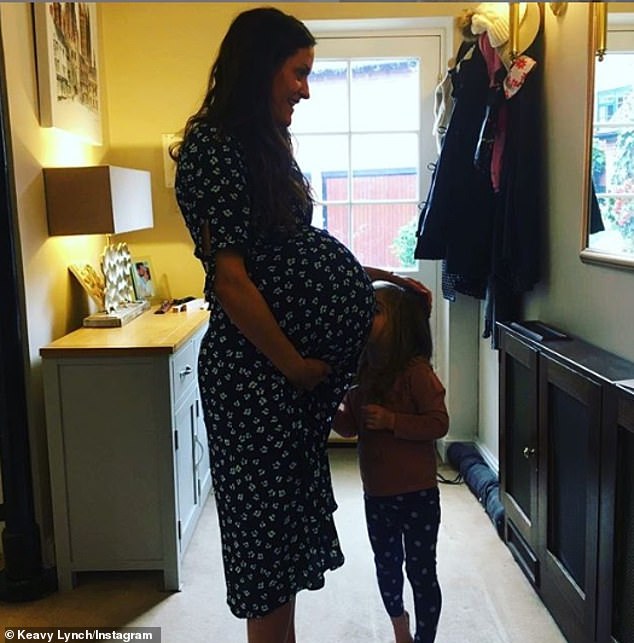 By Rebecca Davison for MailOnline

B*witched singer Keavy Lynch has announced that she and her husband Nathaniel Comer have welcomed twins – a son and a daughter called Felix and Elàna.

Taking to Instagram on Thursday, the 40-year-old wrote: ‘ Words cannot express how in love I am with my family.

‘Felix and Elàna have arrived to us as such a wonderful gift from heaven. I cannot thank the @nhswebsite enough for such wonderful care, especially to our birth team.

Happy news: B*witched’s Keavy Lynch, 40, revealed on Instagram on Thursday that she has given birth to TWINS Felix and Elàna (pictured recently with daughter Freya, 2) 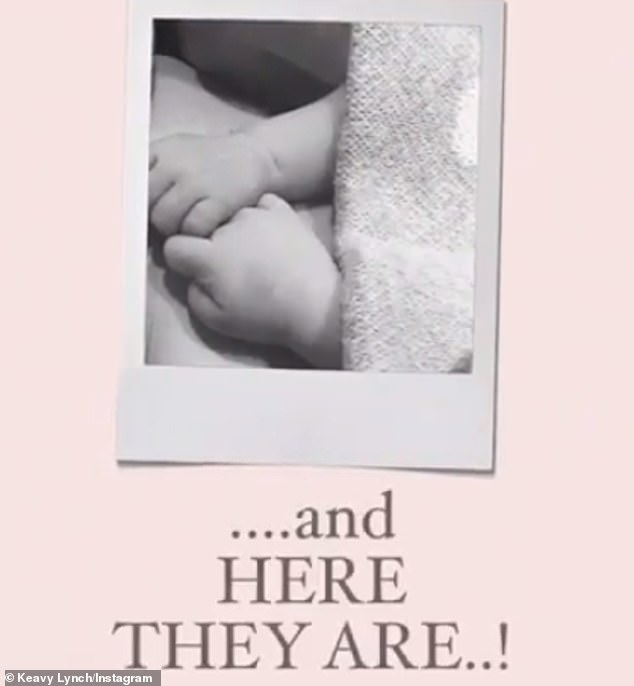 They’re here! She shared a sweet picture of her newborn babies hands and called them a ‘wonderful gift from heaven’

‘I am blessed and very grateful to have @nathanielcomer right by my side. I couldn’t have asked for a better birthing partner.

‘It was the most supportive, empowering journey to bring our little ones here safely and now I will hold them in my heart and arms forever.

‘Freya is such a wonderful big sister already! She has cuddles and kisses waiting around every corner.’ 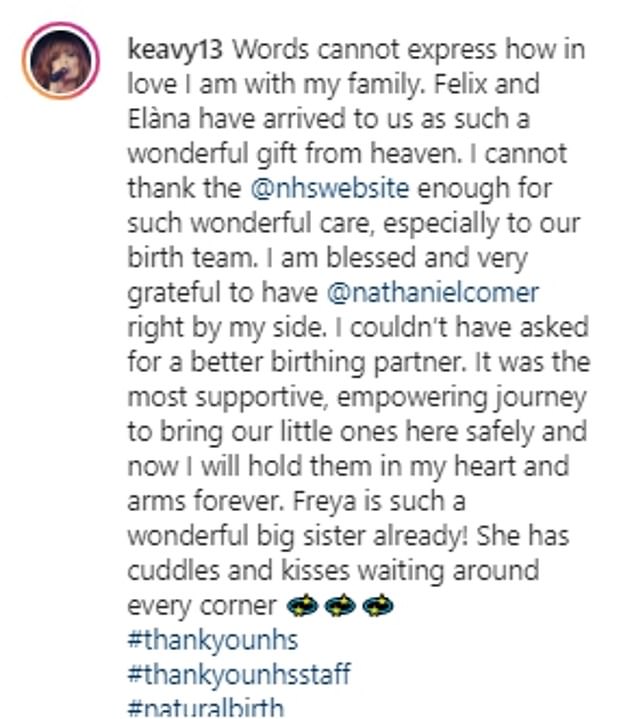 ‘I will hld them in my heart and arms forever’: Keavy announced the happy news on social media and thanked the NHS 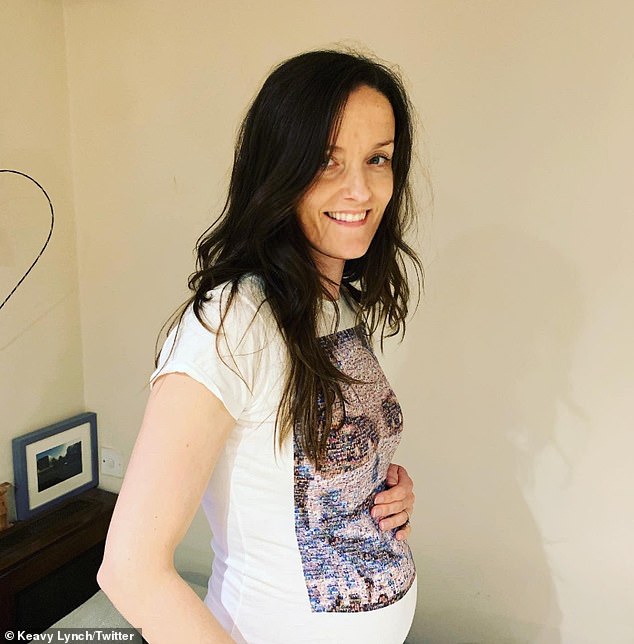 ‘I’m a twin having TWINS!’ Keavy revealed her pregnancy news on Twitter in May and said: ‘now I know why I’ve been feeling so rough’

The Irish musician who is a twin herself with identical sister Edele, shared an image of her double scan and said it explained why she had been feeling so ill for the previous three months.

She wrote: ‘So I have been pretty quiet on here since lock down. For the first 3 months I was feeling pretty rough, shattered and sick all the time. 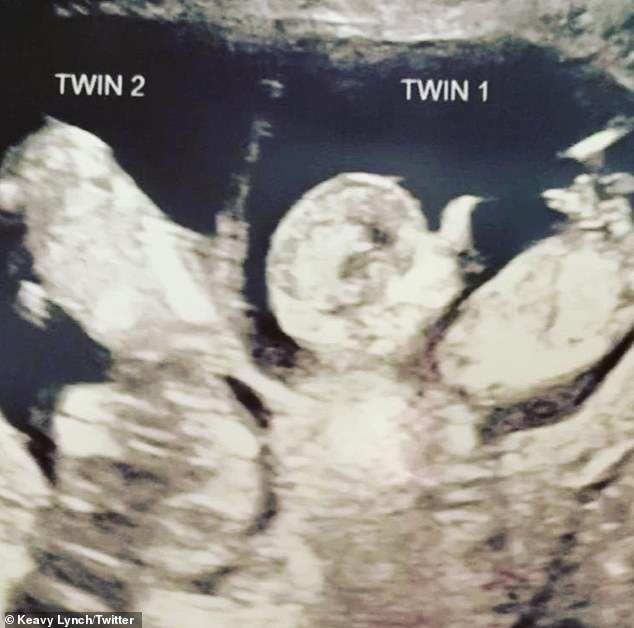 Runs in the family: The twin previously shared a scan of her two babies – she is sisters with fellow B*witched star Edele

Keavy married businessman Nathan Comer in 2017 and they welcomed their daughter Freya in 2018. 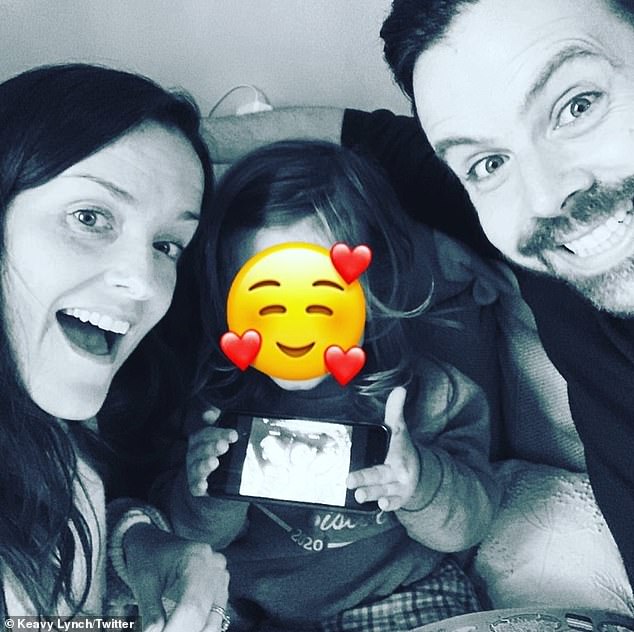 Family: Keavy married businessman Nathan Comer in 2017 and they welcomed their daughter Freya in 2018

Keavy met her husband on a dating app, but sadly her twin sister hasn’t had so much luck in the romance department.

She split from husband Michael Barrett in 2014 and said she believes her pop band past makes it harder for her to date.

Edele told the Irish Sun: ‘I can’t get my head around it. Like how do I do that? Put my face up online and go, “I’m Edele Lynch from B*Witched”. 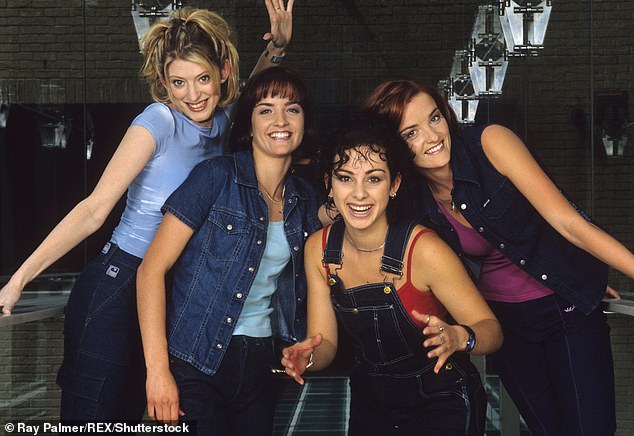 ‘Like, how do I do that? To be fair my twin actually fell in love with her husband online. She did. It was an online dating app.

‘You have be invited onto it. I can’t remember the name . . . some exclusive thing.’

The girls, whose brother is Shane Lynch from Boyzone, performed in B*witched alongside Lindsay Armaou and Sinéad O’Carroll.

The double-denim loving band earned huge success with songs such as C’est La Vie and Blame It On The Weatherman.