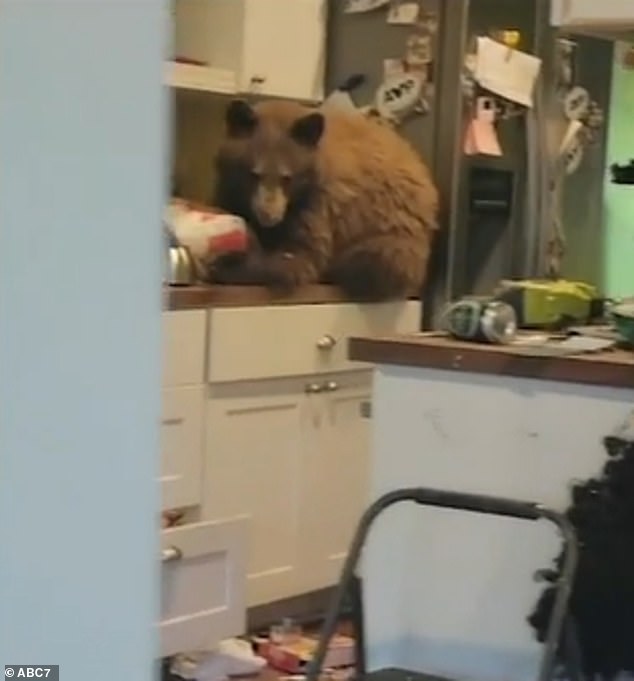 By Tommy Taylor For Dailymail.Com


Shocking video captured the moment a California man found a bear inside his home – eating his bucket of KFC.

Sierra Madre resident John Holden recently returned home to discover that his front door was wide open. He went inside to find the bear scarfing down a bucket of fried chicken on his kitchen counter.

Holden also noticed another bear outside the house and said at least one more was inside. 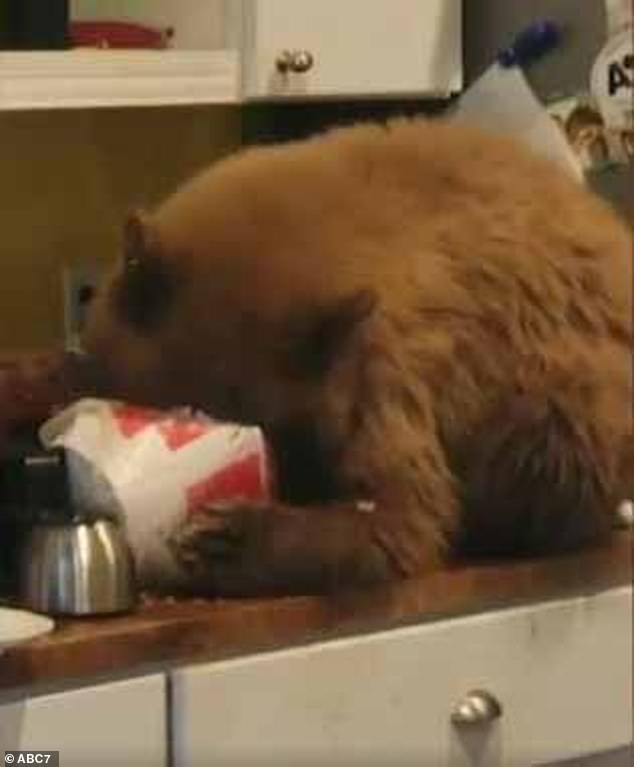 The bear was seen scarfing down a bucket of KFC chicken 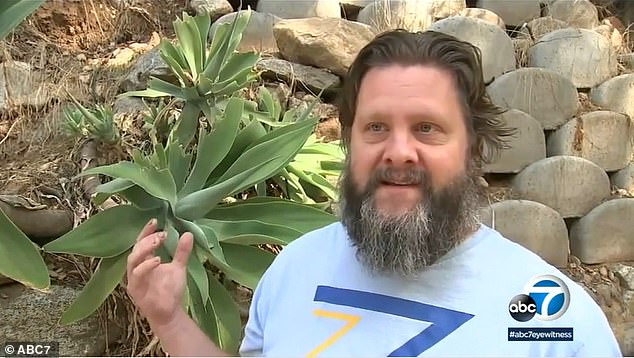 He finally got the uninvited guests to leave by making loud noises.

‘I’ve had a lot of other encounters with them,’ Holden told ABC7. ‘I’ve actually had them bump into me a couple times in the backyard, but definitely never in the house like that.

‘That was something else and they sure made a mess of the place.’

Holden added that the bears hung out in his backyard after stealing his food.

Sierra Madre is a city in Los Angeles County in the foothills of the San Gabriel Valley below the southern edge of the Angeles National Forest.

Bear sightings in southern California are not uncommon recently as other residents spotted them in residential areas.

Last Wednesday, a bear wandered around the grounds of an elementary school in San Dimas, a suburb of Los Angeles, before making itself at home in a tree at a nearby house. 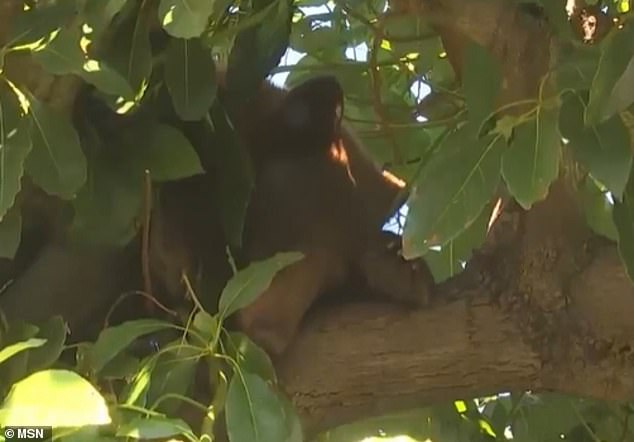 The animal was later removed from the tree and tranquilized, then returned to the wilderness. Wildlife officials believed that it was a female in search of her missing cub.

Bears have been known to stalk more residential areas near their habitats to look for food not be available in the wilderness. They will dig through trash cans for anything edible.