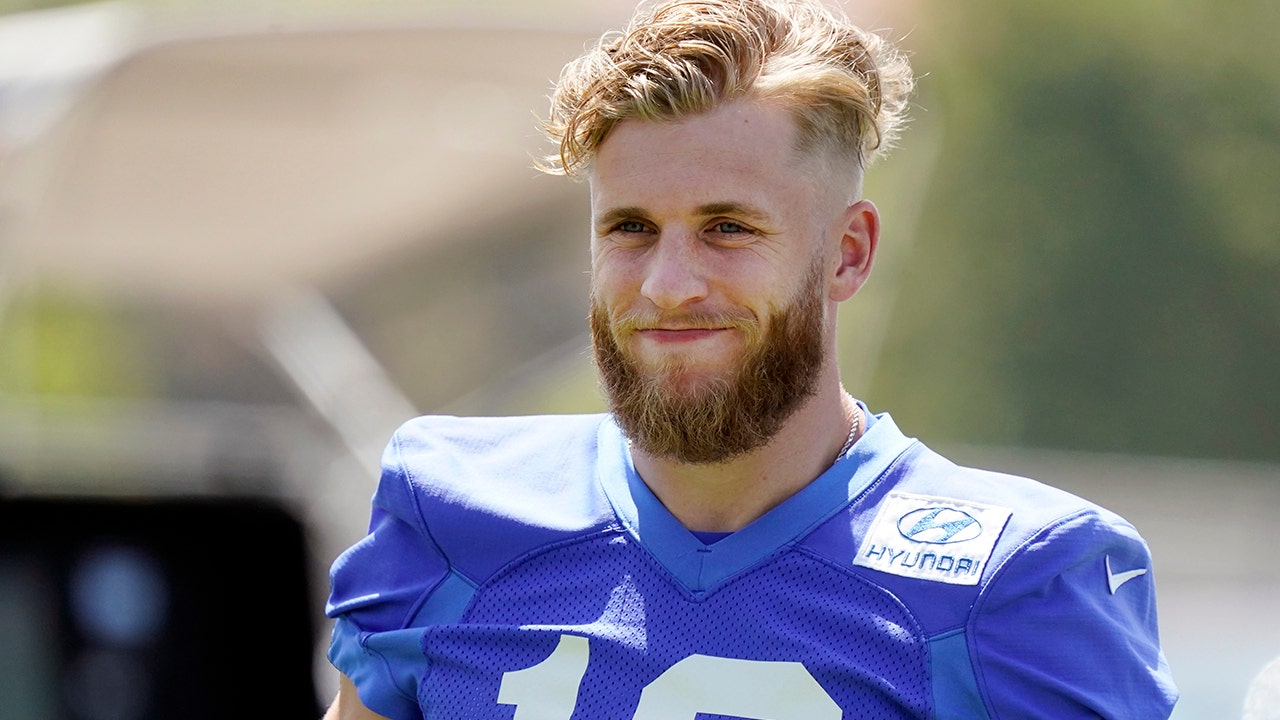 Cooper Kupp won a Super Bowl, the Super Bowl MVP and the Offensive Player of the Year award. On Wednesday, Kupp had a huge payday with the Los Angeles Rams.

The receiver signed a three-year contract extension worth $75 million guaranteed, according to the Associated Press.

His total deal is worth $110 million, and he will be under contract with the Rams through the 2026 season.

The extension added two years to a deal he originally signed in September 2020.

“Really glad to be coming back to Los Angeles and be here in the long haul. This is going to be an incredible ride,” Kupp said in a video alongside wife Anna.

He emerged as the top wide receiver for the Rams with Matthew Stafford as the team’s quarterback.

Kupp led the NFL in receptions (145), receiving yards (1,947), receiving touchdowns (16) and receiving yards per game (114.5). He earned his first first-team All-Pro selection and was named to the Pro Bowl for the first time. He finished third in NFL MVP voting behind Aaron Rodgers and Tom Brady.

Kupp was a third-round draft pick out of Eastern Washington in 2017.

Among receivers selected in that draft, Kupp has the most career receiving yards (5,517) and the most receiving touchdowns (29).

Kupp’s deal came after the Rams and defensive lineman Aaron Donald agreed to a reworked deal. According to the NFL Network, Donald is getting a $40 million raise. He’s set to receive $65 million guaranteed over the next two seasons and $95 million through 2024.