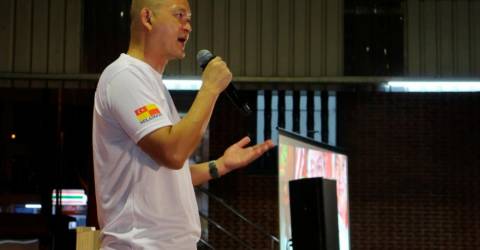 PETALING JAYA: ﻿Bangi MP Ong Kian Ming (pix) has announced his decision not to contest in the 15th general election and to take a break from politics.

Ong, who was elected the MP for Bangi in May 2018 and was previously MP for Serdang from 2013 to 2018, said he would not offer himself as a candidate for the next general election (GE15).

“When I was first offered to be a candidate for the parliamentary seat of Serdang, my agreement with my wife was that I would serve out two terms and then re-evaluate the situation.

“Coming to the end of my second term, I believe that I have served my constituency, my party and the country to the best of my abilities.

“It is now time for the younger generation in the party to take over the reins of leadership,“ he said in a statement today.

The two-term MP also expressed full confidence in the leadership of Anthony Loke as DAP’s new secretary-general and urged all members and leaders of the party to show their full support for Loke.

Ong was previously appointed as the deputy international trade and industry minister in the Pakatan Harapan government.