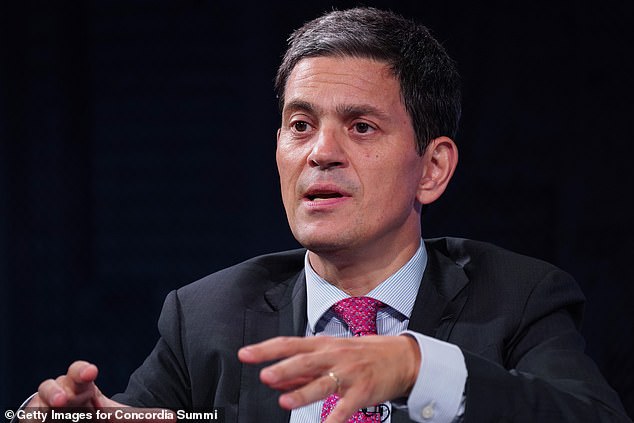 David Miliband has brushed aside outrage from MPs over his seven-figure salary to collect another big pay rise from an aid charity that is heavily funded by British taxpayers.

His income from the charity has more than tripled since he took charge eight years ago, according to the latest data given to US tax authorities. He was paid $332,778 in his first full year with the IRC.

‘These sums are simply ludicrous,’ said Tory MP Pauline Latham, a senior member of the international development committee. ‘I find it utterly staggering that his pay has gone up so much in such a short time to this eye-watering figure.

‘I’ve seen him out with his begging bowl asking governments for more money – but charity and aid donations are meant to benefit people on the ground you claim to help, not end up in your own pocket. His greed makes me really angry.’

The New York-based charity, founded by Albert Einstein in 1933 to help refugees fleeing the Nazis, has been given almost £110 million from the British aid budget over the past two years to help the poor and dispossessed.

Its latest data shows that Mr Miliband – who hit out at ‘immoral’ fat cats when he stood to succeed Gordon Brown as Labour leader – received a housing allowance of $50,000, a bonus of $50,000 and pension contributions worth $48,100 last year.

The former MP for South Shields is listed as a celebrity speaker with several booking agencies to boost his earnings.

One firm quotes fees for him between $50,000 and $100,000. Mr Miliband was one of the strongest voices condemning the Government’s decision to reduce British aid in the pandemic.

‘The cuts in the aid budget are going to impact on some of the poorest people in the world,’ he said.

Yet his own earnings – almost five times the pay of the Prime Minister – have become a source of concern that charity bosses and consultants are abusing aid budgets.

After taking over the charity, Mr Miliband appointed at least six aides from his Labour days in key positions.

They include Laura Kyrke- Smith, a ministerial speechwriter in the Foreign Office during his tenure, who now heads the IRC’s British operations. 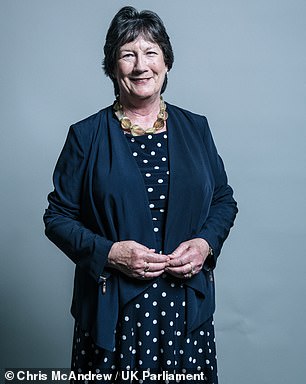 ‘These sums are simply ludicrous,’ said Tory MP Pauline Latham, a senior member of the international development committee. ‘I find it utterly staggering that his pay has gone up so much in such a short time to this eye-watering figure’

The daughter of veteran Labour MP Barry Sheerman, Sadler is a member of the IRC’s 12-strong executive team, which saw its collective pay soar by more than a quarter of a million dollars to $5,544,168 last year. This works out at an average of $462,014 each.

Despite paying huge salaries to senior management, the IRC was condemned in May for its failure to pay full-time interns working at its headquarters. Campaigners say such practices reinforce inequality by favouring wealthier candidates.

The following month, the charity had to hire legal experts to review its policies on discrimination after nine former and current staff accused it of reinforcing a ‘white supremacy culture’ and ‘belittling’ employees fighting racism.

An IRC spokesman said last night that Mr Miliband’s salary was set by its board of directors’ compensation committee, and was in the mid-range of New York non-profit chief executive salaries.

Mr Miliband responded to questions on the issue earlier this year by saying the charity ensured executive salaries were covered by money from its endowment.

‘Anyone who is donating to us can be confident about where their money is going,’ he added.