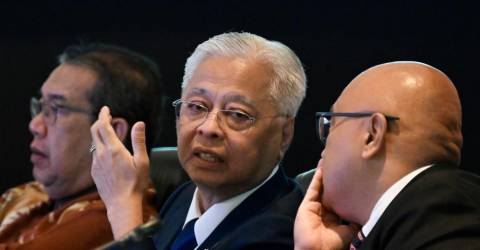 KUALA LUMPUR: The National Biotechnology Policy 2.0 (DBN 2.0) launched today will focus on three main thrusts towards empowering the sector in line with Malaysia’s aspiration to be a high-technology country by 2030.

He said that, as such, DBN 2.0 would strengthen the existing biotechnology ecosystem and be the catalyst in resolving national challenges regarding food security, and management of pandemics and climate change crises through local biotechnology solutions methods.

“In line with the focus on agricultural biotechnology and food security, the government will step up efforts to use local natural resources sustainably for agricultural inputs, livestock and marine products as well as high-value aquaculture.

“An ecosystem for future food and high-value products using new and latest technologies will be developed, such as superfood and production of more sustainable new food.

“Biotechnology must also play an important role in national health security to overcome infectious and non-infectious diseases,” he said at the launching of DBN 2.0 at the Kuala Lumpur World Trade Centre here today.

Ismail Sabri said the DBN 2.0 would drive the momentum outlined under the National Science, Technology and Innovation Policy 2021-2030 to transform Malaysia from a technology-user country to a technological development country by setting five main targets.

The Prime Minister said the target was that the Bionexus company would remain 30 per cent active globally and 70 per cent locally as well as support for those companies with the potential to become unicorn companies (companies that reach a valuation of US$1 billion without being listed on the stock market).

“The government, in this context, is targeting having three bio-innovation firms with unicorn status by 2030,” he said, adding that the empowerment of institutes and institutions, as well as world-class local biotechnological researches, was also the main target through DBMN 2.0.

In addition, he said DBN 2.0 was targeting five per cent of the Gross Domestic Product (GDP) by biotechnology companies and the recognition of 80 per cent of biotechnology graduates through the micro-accreditation programme and 20 per cent through post-graduate programmes.

Meanwhile, Ismail Sabri said the formulation of DBN 2.0 was until 2030 because biotechnology was an important component in bio-innovation to drive national development and must be developed with other emerging technologies in the context of the Industrial Revolution 4.0.

“For example, in the fields of biomolecules and biosystems, developments in molecular technology have helped give a deeper understanding of biological processes and enabled detailed planning for the benefit of Keluarga Malaysia.

“The government is proud because Malaysia has been recognised internationally as one of 17 megadiversity countries for having at least 5,000 indigenous plants and its own marine ecosystem.

“The country’s biodiversity wealth needs to be utilised as best possible to boost the nation’s economy through the empowerment of the biotechnology sector,” he said.