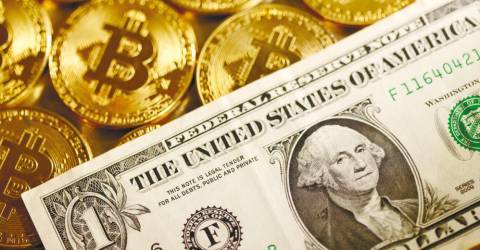 CRYPTO’s rally over the past month continues to dispel any notion of the asset class as a risk or an inflation hedge. The prospect of a US Federal Reserve (Fed) pivot has meant that it has mimicked other risk-on asset classes like tech, rallying on the prospects of a less hawkish Fed, but it has also led to calls about the end of “crypto winter”.

This optimism barely lasted for two days before yet another heist in the Solana ecosystem tempered investor sentiment – just the latest entry in a rapidly increasing list of incidents.

In light of this, the optimism seems sorely misplaced and unfounded. For investors tempted by the recent rally, we yet again reiterate our stance – do not chase the momentum. We remain unconvinced by the short-term and long-term story behind cryptocurrencies, as well as the narrative that the crypto winter is over. In fact, we think it might not even have begun.

Return of risk-on sentiment likely to be short-lived

This recent revival was driven by a return of risk-on sentiment as markets have started to price in expectations of a Fed pivot. At the recent Fed meeting, stock prices rose as markets took Fed chair Jerome Powell’s statements – that the central bank would begin making rate decisions on a meeting-by-meeting basis – as a signal that rate hikes might soon slow down.

Similar to the rally in tech and other long duration stocks, this has driven crypto prices up.

This sentiment has since been dispelled by a flurry of statements by Fed officials, and with inflation still at elevated levels and employment robust, we believe that we are still en route to a new reality with higher inflation and interest rates – which means more rate hikes to come.

Even though inflation seems to be trending in the right direction, upward price pressures remain broad-based.

Thus, the Fed is nowhere near done in its ongoing battle against inflation, and is unlikely to make a huge policy pivot from where they are.

In the short term, with the Fed pivot likely to be wishful thinking by overeager investors, we think much of this rally will likely be tempered as the global monetary environment continues to tighten. Bitcoin has exhibited a strong correlation with global money supply, and in light of this, its near-term outlook looks bleak.

In the long term, we continue to question the viability of cryptocurrencies. Despite being around for more than a decade (with the underlying technology having been conceptualised as early as 1981), the end-use case for the asset class (and underlying technology) has remained elusive.

While crypto proponents continue to wax lyrical about the long-term prospects and even current applications of various coins and technology, these often come with caveats and limitations – and are often far from the ideal solution for the issue they are trying to solve. Considering the hype and attention around the industry, if there was a best-use, scalable application, we would have certainly heard of it by now – and the lack of such a case remains extremely telling and worrying.

Within the limbo of current crypto “innovation”, the result is often a repackaged version of the same product – born out of its wilful ignorance of past lessons.

As such, it has failed to rectify or improve on any of the issues to a significant degree.

Our stance: Don’t be tempted by the recent rally – crypto’s reckoning is yet to arrive

Once again, we would like to remind investors – avoid this “Greater Fool Investment Strategy” asset class.

While regulations will ultimately be good for the space – we don’t expect crypto to adapt to regulatory changes well. We expect most of the space to fail to survive the incoming regulatory tightening, and with a lack of intrinsic value, there is no fundamental support. In addition, the intertwined and leveraged nature of the crypto industry – coupled with the lazy, “what could go wrong” attitude – means that contagion is all but certain, and investors should stay clear.

Crypto winter is far from over – in fact, it may not even have begun.

This article is contributed by iFast Research. The views expressed are the contributor’s own.