This is the dramatic moment a gust of wind blew an entire scaffolding structure away from a shop front and crashing onto a busy high street.

Metal poles and bolts were sent crashing into the path of a blue Volkswagen parked on the other side of the road in Cinderford, Gloucestershire, on Saturday morning.

Miraculously, no-one was injured following the collapse of the structure, in Market Street, which happened just after 10am.

A gust of wind blew scaffolding away from a shop in Cinderford, Gloustershire, on Saturday 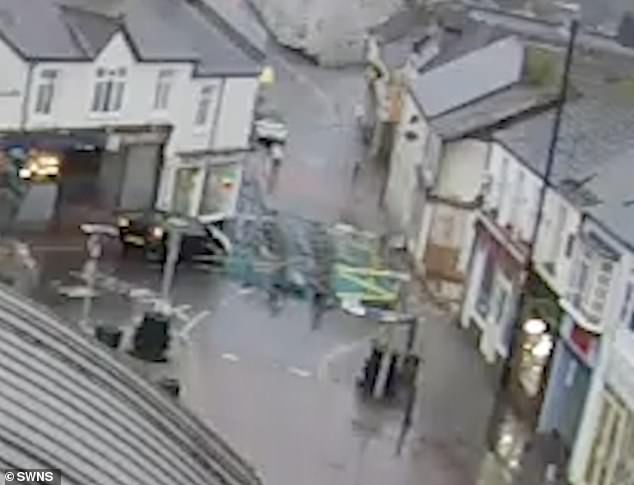 CCTV footage caught the entire incident and showed how one passing car was just seconds away from being caught up in the crash.

As the structure landed, the alarm of a car parked nearby was set off, while a number of people can be seen emerging from doorways to see what has happened.

A silver car that arrived seconds after the crash, is seen attempting to drive towards the scaffolding but after finding the road completely blocked by the fallen scaffolding, is forced to divert.

Emergency services were called to the scene to assist in directing traffic while the scaffolding was removed. 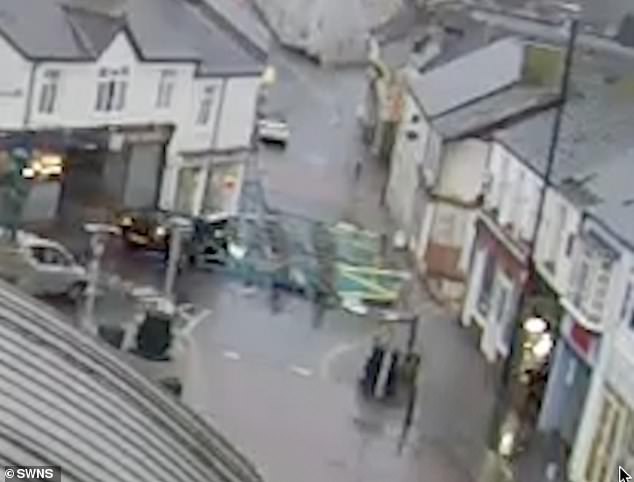 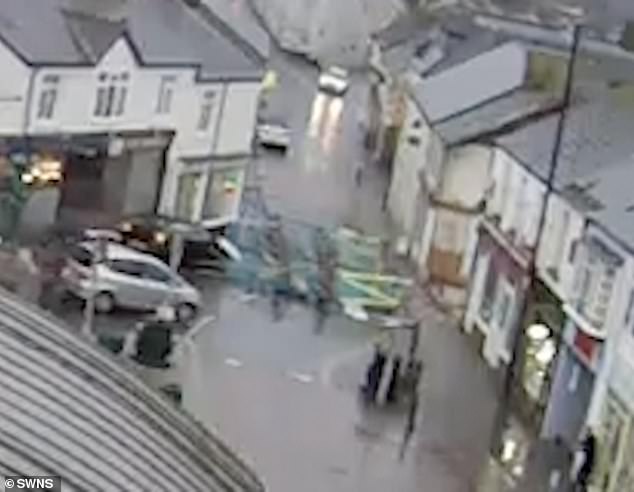