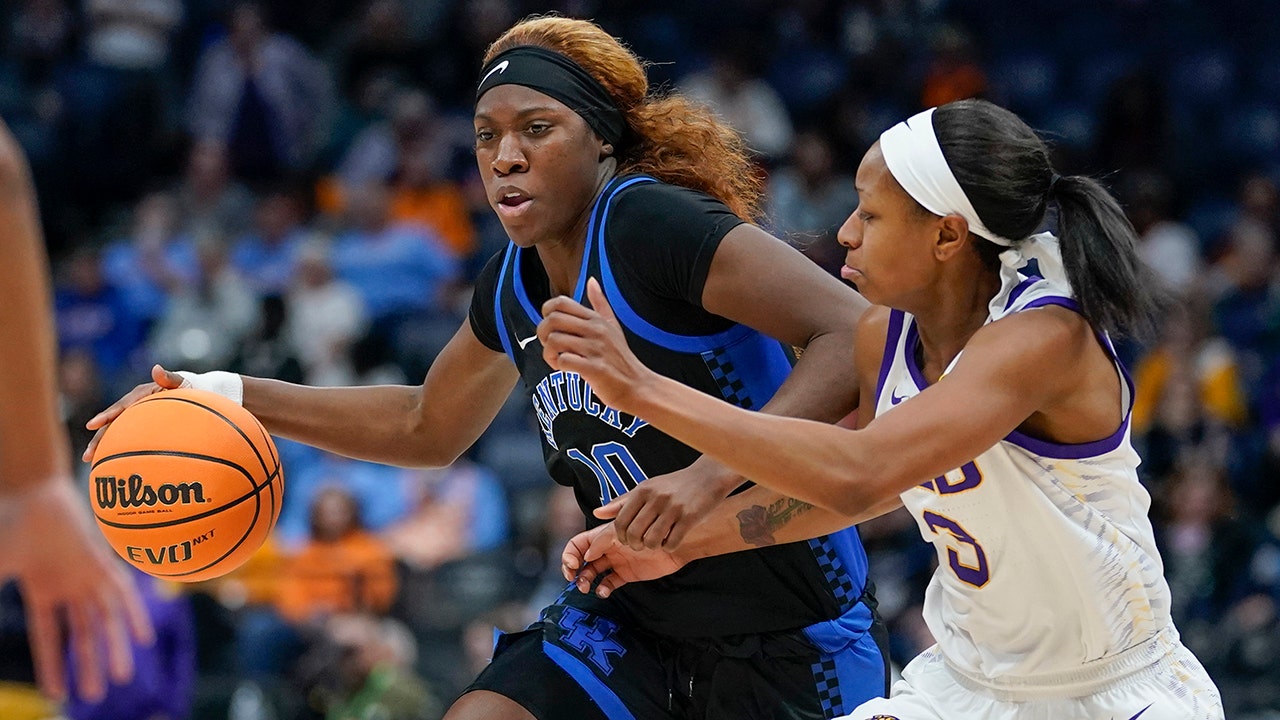 The Atlanta Dream traded up two spots to get the No. 1 pick in the WNBA Draft so they could get the player they feel can help turn around the franchise, which has struggled the last few seasons.

The leading candidates are Rhyne Howard from Kentucky and NaLyssa Smith of Baylor. And on Monday night, players, families and friends will attend the draft in person for the first time since 2019.

“Rhyne is a pro. She’s a game changer. She’s an elite talent,” ESPN analyst LaChina Robinson said. “When you look at all the different things she can do on the basketball court, she can score it from 3, she has a pull-up game, she can get to the rim. There really just isn’t anything else from a scoring standpoint that you could ask for.”

Atlanta finished 8-24 last season and has missed the playoffs four of the past five seasons. The franchise got new ownership last year, brought in a new coach in Tanisha Wright and have a new general manager in Dan Padover.

The Dream had the No. 1 pick in 2009 and used it to draft Angel McCoughtry.

FILE – Kentucky’s Rhyne Howard (10) is guarded by LSU’s Khayla Pointer (3) in the second half of an NCAA college basketball game at the women’s Southeastern Conference tournament Friday, March 4, 2022, in Nashville, Tenn. Howard is expected to be drafted high in the WNBA draft on Monday, April 11, 2022.
(AP Photo/Mark Humphrey, File)

“We’re in a rebuild right now, and we’re also looking to add pieces that can be with us for a long time,” Padover said. “I think having the No. 1 pick in 2022, our hope is this person comes in with fresh energy and sparks something underneath our franchise which we need right now, and also embraces the city of Atlanta.”

Whoever the Dream don’t take first between Howard and Smith will likely be drafted second by Indiana. The Fever haven’t had a great draft history the last few seasons; none of their first-round picks over the past three seasons are still on the roster. Indiana brought in Lin Dunn as the interim general manager to bring stability to the franchise. Dunn has four picks (2, 4, 6, 10) in the first round to build a roster around.

“In our particular situation, we need a lot,” Dunn said. “We need help inside. We need help outside. It’s a little bit easier for us to pinpoint our needs because they’re glaring. But we are essentially in that first round with 2, 4, 6 and 10 looking at the best player available”.

Washington received the third pick from the Dream and coach Mike Thibault is comfortable that he’ll be able to add a good player to an already strong team.

“We’re a little bit different than the other two teams in that we have some players coming back to our team, with Elena Delle Donne, Alysha Clark, even Myisha Hines-Allen, who missed a good part of last year, that coming in healthy. We’re a different kind of team, we’re a veteran team,” said Thibault, also the Mystics GM. “So whoever we draft is not going to be expected to play 25 to 30 minutes.”

Some other things to know about the three-round draft:

This is the second year in a row that the No. 1 pick has been traded before the draft. Last year, New York traded it to the Seattle Storm, who then dealt it to the Dallas Wings. Dallas selected Charli Collier first overall in 2021. With players who could potentially change the course of franchise looming in upcoming drafts — starting with Aliyah Boston of South Carolina next season and Paige Bueckers and Caitlyn Clark the year after — odds are the top pick won’t change hands next year.

It’s incredibly difficult for draftees to make a WNBA roster with only potentially 144 spots available on the 12 teams. It’s usually fewer, though, because of salary cap issues and because some teams only carry 11 players. Less than half of last year’s 36 draft picks are currently on WNBA rosters.

Naz Hillmon had a historic career at Michigan leading the Wolverines to the Elite Eight for the first time in school history. The senior forward could be the program’s first player drafted since Tabitha Pool was selected by the New York Liberty in the second round of the 2005 draft.