Duncan Bannatyne's wife Nigora, 40, flashes her abs as she cosies up to businessman, 71, in Spain - ReadSector Skip to content 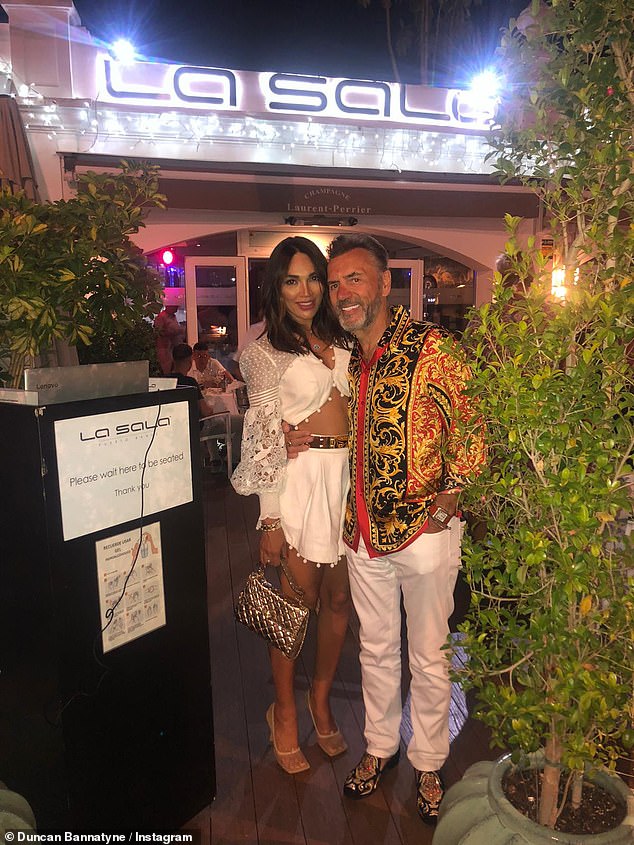 Duncan Bannatyne’s wife Nigora, 40, flashes her toned abs in a white crop top as she cosies up to the dapper businessman, 71, for dinner in Spain

They’ve been soaking up the sunshine in Spain after celebrating their third wedding anniversary.

And Duncan Bannatyne, 71, appeared to be in good spirits as he enjoyed dinner with his glamorous wife Nigora, 40, in Puerto Banús on Saturday.

The Uzbekistan beauty looked sensational as she flashed her taut midriff in a white crop top which boasted a delicate lace pattern over the sleeves.

Happy couple: Duncan Bannatyne, 71, appeared to be in good spirits as he enjoyed dinner with his glamorous wife Nigora, 40, in Puerto Banús on Saturday

Nigora paired her chic top with a matching white skirt and added some height to her ensemble with a pair of beige square-toe designer heels.

Not forgetting to accessorise, she toted a gold handbag and completed her stylish ensemble with a selection of pretty bracelets.

The beauty wore her dark locks down and added a full face of makeup, including a slick of pink lipstick, to accentuate her pretty features.

Billionaire businessman Duncan also ensured he was looking his best in white chinos and a silk shirt covered in a gold, black and red pattern. 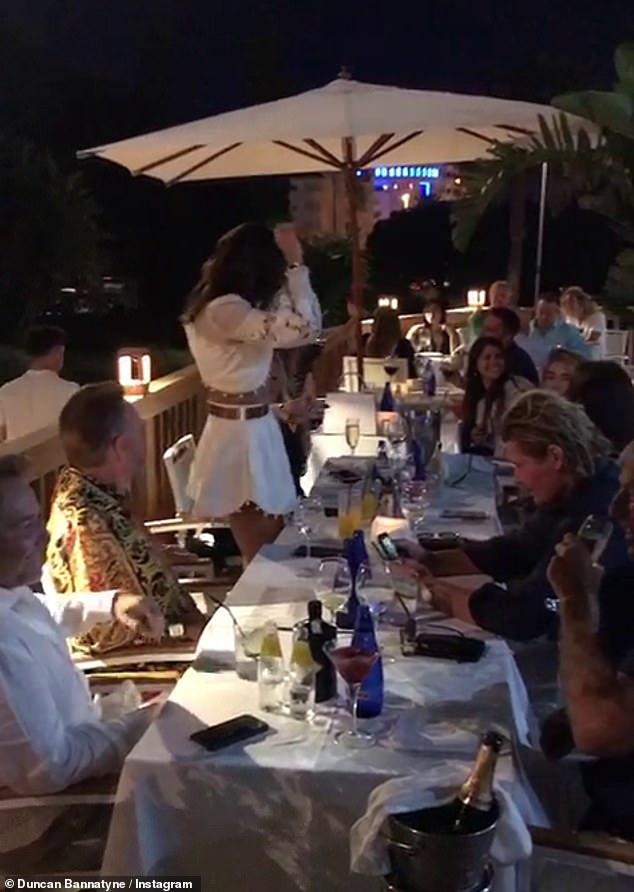 Date night: Nigora looked sensational in a white two-piece which flashed her abs

Having fun: The couple appeared to be joined by pals as they enjoyed dinner out in Spain

During the night at La Sala restaurant, the couple appeared to be joined by some pals and were serenaded by a man playing a guitar.

Since arriving in Spain two weeks ago Duncan and Nigora have also spent time relaxing on a friend’s £865,000 luxury Sunseeker yacht.

It comes after the happy couple marked their third anniversary with a romantic shot of them sharing a kiss at their wedding on Instagram.

Beside the sweet image, Nigora wrote: ‘Happy 3 years anniversary to us! @duncan.banntyne I love you so much [heart emojis]’ 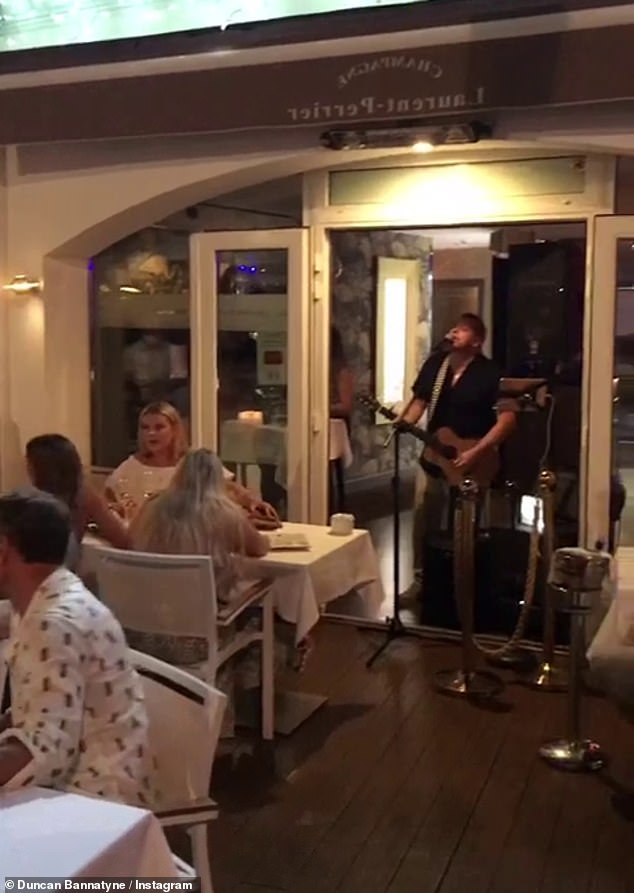 Entertainment: Duncan and Nigora were serenaded by a man with a guitar during the evening

Nigora is Duncan’s third wife after previously tying the knot with Gail Brodie and Joanne McCue, in 1987 and 2006 respectively.

Thrice-wed Duncan has four children with Gail and two with Joanna. Uzbekistan-born Nigora is also a parent to daughter Gabrielle from a former relationship.

Speaking to This Morning shortly after exchanging vows, the billionaire businessman didn’t rule out the possibility of having more children. 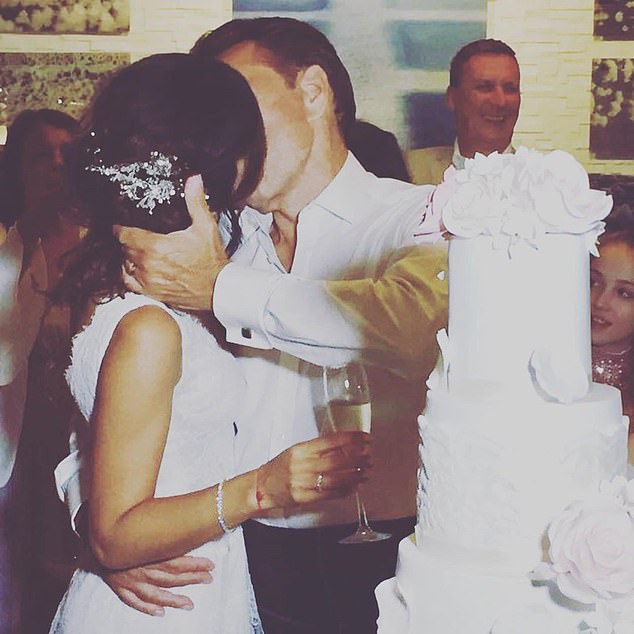 Seal with a kiss! Duncan and his wife Nigora celebrated their anniversary with a romantic shot of them sharing a smooch at their wedding back in June

‘We’ll be planning the future family,’ he said. I would like to have at least two boys. I can’t wait to be a dad again.’

Nigora also conveyed why she wants to expand her family with Duncan, adding: ‘He’s an amazing father. I’m proud of how he is with my daughter. She adores Duncan and couldn’t ask for better stepfather.

‘He’s going to be an amazing father to my future children.’

Duncan and Nigora married in Portugal, where the couple share a home, after a two-year courtship.