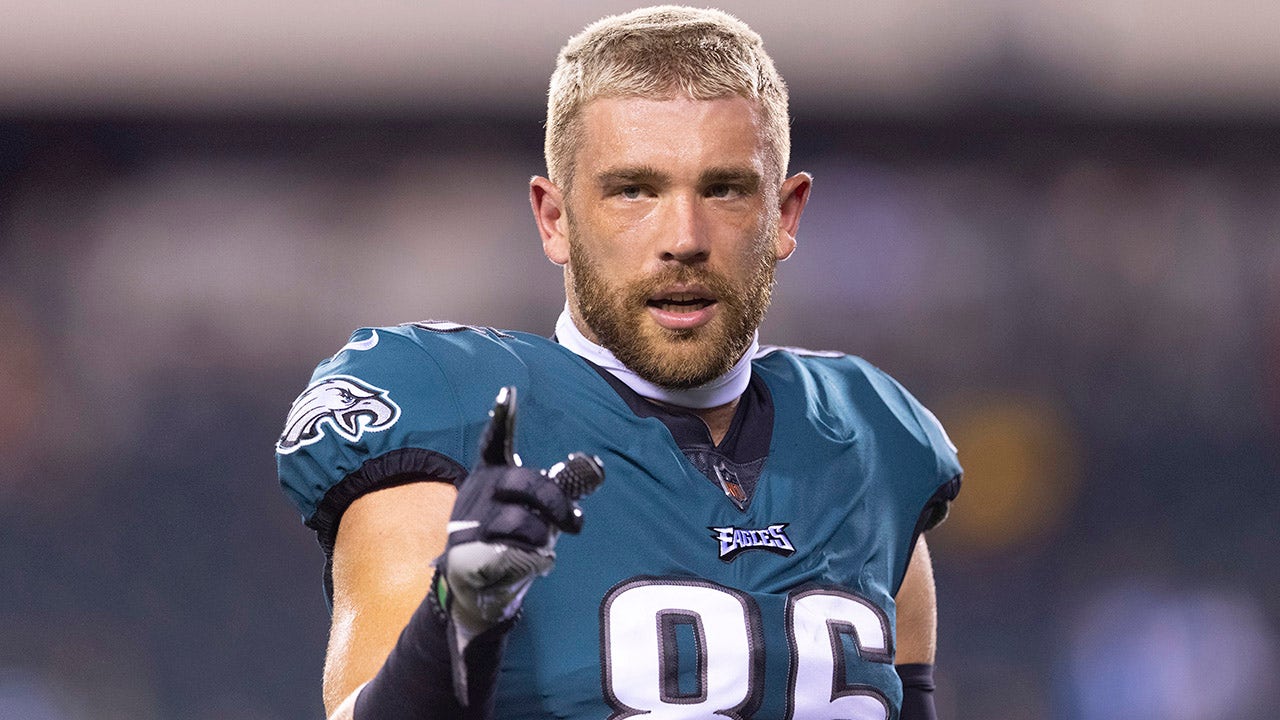 Zach Ertz, a three-time Pro Bowler and Super Bowl champion, was traded by the Philadelphia Eagles on Friday after catching a touchdown in the team’s loss to the Tampa Bay Buccaneers.

Ertz, who was on the Eagles’ Super Bowl championship team, was traded to the Arizona Cardinals for cornerback Tay Gowan and a 2022 fifth-round pick, ESPN reported. The Cardinals later confirmed the trade.

Zach Ertz of the Philadelphia Eagles walks to the locker room after the first half of the preseason game against the New England Patriots at Lincoln Financial Field on Aug. 19, 2021, in Philadelphia, Pennsylvania. The Patriots defeated the Eagles 35-0.
(Photo by Mitchell Leff/Getty Images)

The tight end had started the 2021 season with the Eagles amid an offseason of uncertainly. He’s recorded 18 catches for 189 yards and two touchdowns in six games. However, it appeared he may have been on his way out of Philadelphia by the end of last season.

Ertz was given permission to seek a trade in March, according to the NFL Network. There were several teams reportedly interested in the tight end as Philadelphia sought “proper compensation” for him.

Zach Ertz of the Philadelphia Eagles looks on prior to the game against the Tampa Bay Buccaneers at Lincoln Financial Field on Oct. 14, 2021, in Philadelphia, Pennsylvania.
(Photo by Mitchell Leff/Getty Images)

He said in January he wanted to stay with the Eagles.

“I want to be here, even if for some reason something were to happen, maybe I come back at the end,” Ertz said, via the Philadelphia Inquirer. “I don’t know what’s going to happen next year.”

“You never know when your time is going to be up anywhere,” Ertz added.

He spent more than eight seasons with Philadelphia. He has 579 catches for 6,267 yards and 38 touchdowns.