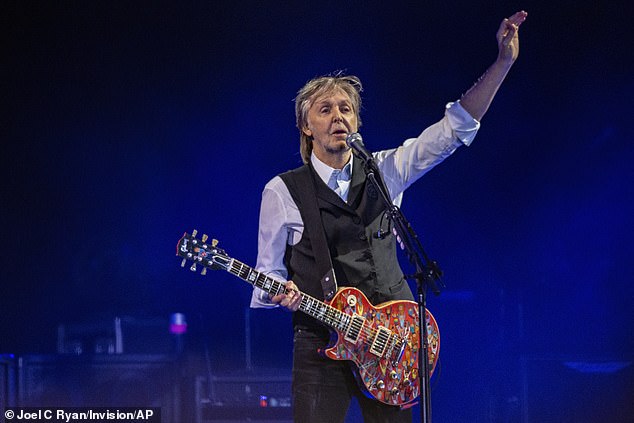 Festival organisers are told this year’s events were too dominated by ‘wrinkly old men’ including Paul Mccartney, Liam Gallagher and the Pet Shop boys and ‘must be gender-balanced’ in 2023

By Katie Hind For The Mail On Sunday

Music industry bosses have been told to avoid booking ‘wrinkly old white men’ as headline acts for major festivals – after being warned over the lack of big-name female acts being signed up.

Festival organisers have been told by concert giants Live Nation that this year’s festivals, including Glastonbury and the Isle of Wight, were dominated by ageing males such as Paul McCartney, Liam Gallagher and the Pet Shop Boys.

It has also been concluded that a push to include more black music stars has favoured male acts – with rappers such as Stormzy being promoted in the past few years.

One leading booker of bands confirmed: ‘We are under strict orders to find more female headlining acts for next summer’s festivals. We’ve been told to avoid booking wrinkly old men if we can next summer. 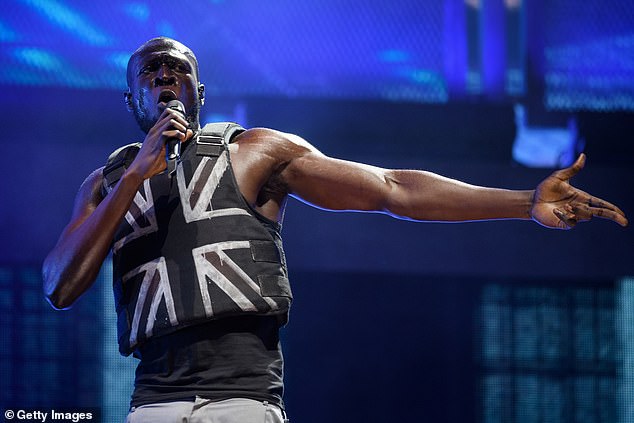 It has also been concluded that a push to include more black music stars has favoured male acts – with rappers such as Stormzy being promoted in the past few years. (Pictured: Stormzy’s headline set at Glastonbury in 2019)

‘It must be more gender-balanced, it has most definitely been noticed and there are fears that youngsters might too and it could affect ticket sales.

‘It has, however, been raised in meetings that there is a shortage of female talent, so it isn’t wholly our fault.’

The Mail on Sunday has previously revealed how the Spice Girls have been approached to perform as main stage headliners at next summer’s Glastonbury festival.

All three nights at the Isle of Wight festival last June had male acts headlining, including Lewis Capaldi, Pete Tong and Muse. Jessie Ware and Freya Ridings were among the small number of female acts appearing further down the billing.

Meanwhile, Glastonbury’s Pyramid Stage was headlined by Billy Eilish on the Friday – but Paul McCartney, below, on Saturday and Kendrick Lamar on Sunday.

London’s BST festival only featured one female, Adele, among its stars. The Rolling Stones, The Eagles, Pearl Jam and Duran Duran were the other headline acts.