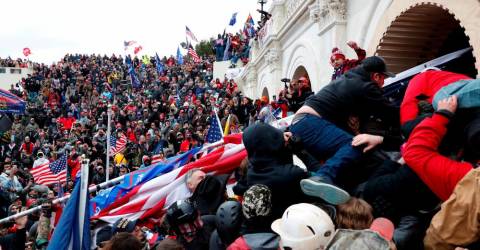 A former senior Trump administration Justice Department official will testify on Friday before the congressional committee investigating the Jan. 6 assault on the U.S. Capitol, a congressional aide familiar with the probe said.

Last week, the House of Representatives Select Committee delayed testimony by Jeffrey Clark because he had retained a new lawyer.

Clark did not immediately respond to requests for comment.

As with previous witnesses, Clark’s testimony will be behind closed doors.

The congressional aide spoke on condition of anonymity.

Clark, the former acting head of the Justice Department’s civil division, was a proponent of Trump’s unfounded claims that Democrat Joe Biden’s victory in the November 2020 election was the result of fraud.

On Oct. 13, the committee announced it had issued a subpoena to Clark asking him to produce records and testify at a deposition by Oct. 29.

In announcing it had subpoenaed Clark, the panel said it needed to understand all the details about efforts inside the previous administration to amplify misinformation about election results.