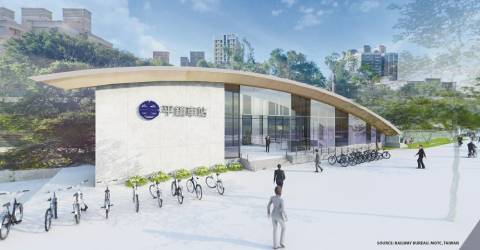 With the rapid development of TaoYuan city and the government’s infrastructure plan, the new underground alignment will optimise the use of land in PingZhen district. Upon completion, the project is expected to improve mobility and reduce traffic congestion faced by TaoYuan residents.

The latest project, which is estimated to be completed within 96 months. is Gamuda’s sixth in Taiwan, expanding the group’s footprint there. The project will be executed by a 60:40 unincorporated joint venture between Gamuda and Asia World Engineering & Construction Co, respectively.

Gamuda’s first project in Taiwan was a 3.86km package of the 43km Kaohsiung Metropolitan Mass Rapid Transit Line. Gamuda’s ongoing projects in Taiwan include the construction and completion of a 1.23km Marine Bridge at Guantang, and a 376m extension of the bridge; a 4,014-metre-long Seawall at the Taipei Port and a 7.3km 161kV Underground Transmission Line from Songshu to Guanfeng.