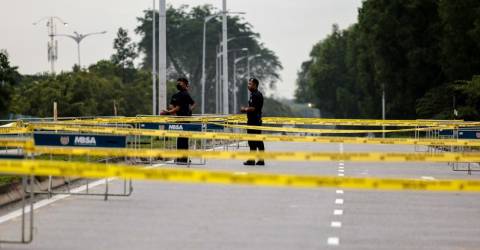 PUTRAJAYA: No candidates have won uncontested in the 15th general election (GE15) while six nomination papers were rejected, according to the Election Commission (EC).

EC chairman Tan Sri Abdul Ghani Salleh, in a press conference on the nomination process throughout the country today, said a press release on this matter would be issued later today.

He said the Batu parliamentary seat in Kuala Lumpur has the most number of candidates at 10.

“For contests in state legislative assemblies, N47 Chenderiang in Perak takes the record with a seven-cornered fight,” he said.

The nomination process for GE15 and the Bugaya state by-election was held at 222 nomination centres throughout the country from 9 am to 10 am.

Abdul Ghani said the campaign period has started following the announcement of candidates by returning officers and it will end at 11.59 pm on Nov 18.

Asked whether EC has set any standard operating procedure for the polls, he said all related matters would be explained in the press statement.

Polling has been set for Nov 19 and early voting on Nov 15.