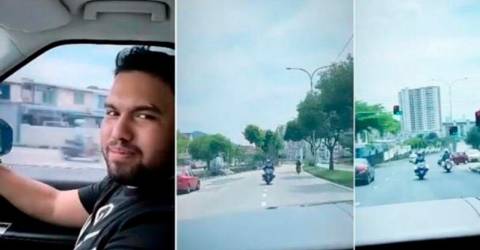 He said this yesterday after a video of two police outriders escorting the son of Baling MP Abdul Azeez Abdul Rahim in Penang went viral on social media.

“Ministers and deputy ministers already have a pilot and police escorts, there is no need to waste the manpower of the police on providing outrider services.

“It does not matter which government, abolish the police outrider services for the people’s representatives,“ he said.

Sim also suggested if the politician rushing for his or her time, then he should leave early to his destination.

“Otherwise, you can solve the issue of traffic jams so that all road users can arrive at their destinations comfortably, no need for outriders,” Sim added.