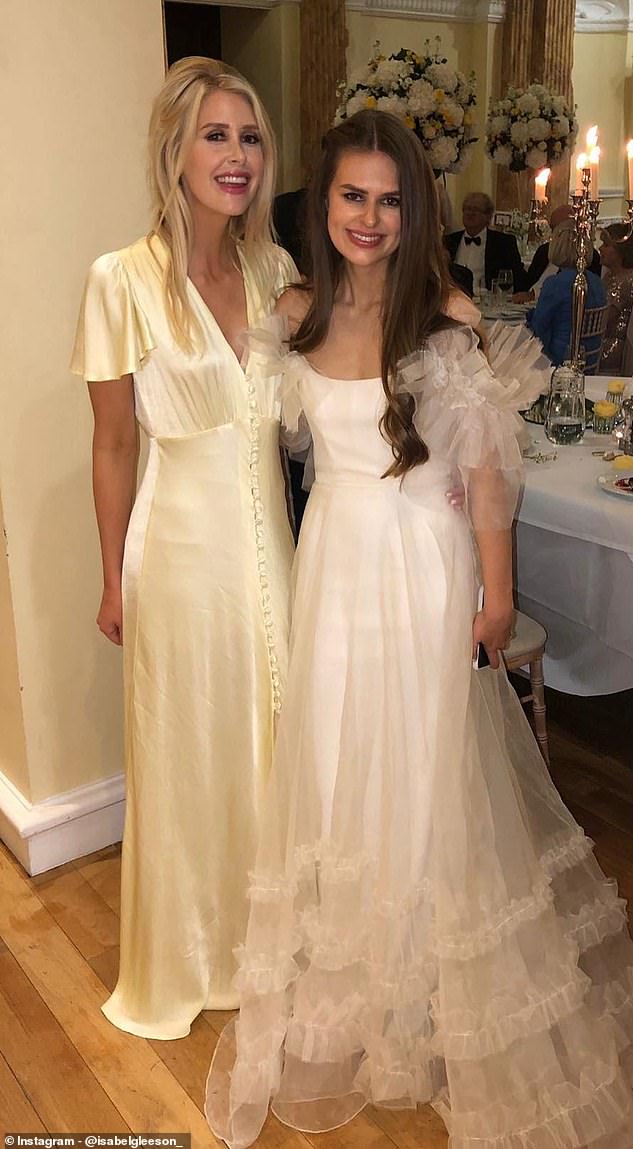 I sold my wedding dress for £2,500 the day after I got married – now I’ve set up a website so other brides can do the same

A newlywed who sold her wedding dress the day after she tied the knot has set up an online platform for buying and selling second-hand clothes.

Isabel Gleeson, 29, from Foxrock in Dublin, sold her £4,400 (€5,000) ruffled organza Halfpenny London bridal gown for £2,500 (€2,800), more than half of what she paid when it was brand new,the day after marrying Gary Byrne in September 2021 when she received an Instagram message from someone who wanted to nab it.

Now the fashion buyer, who spent much of her career in London, has launched her own platform so other brides can follow suit, and has listed 40 wedding dresses on the reselling site in the past week.

As business picks up for the platform, ReBride, she said she believes selling wedding dresses will soon become ‘normal’ for brides.

Isabel Gleeson (pictured right on her wedding day) paid approximately £4,400 for her Halfpenny London bridal gown and sold it for £2,500 the day after her wedding in Ireland in September 2021

Isabel told Independent.ie: ‘On average, a bride will only wear her dress for 13 hours and the likelihood for most brides is that they’ll spend longer searching for the right dress than they will wearing it.’

She added that more and more brides are looking for sustainability, as well as a good deal, on their dream dress. 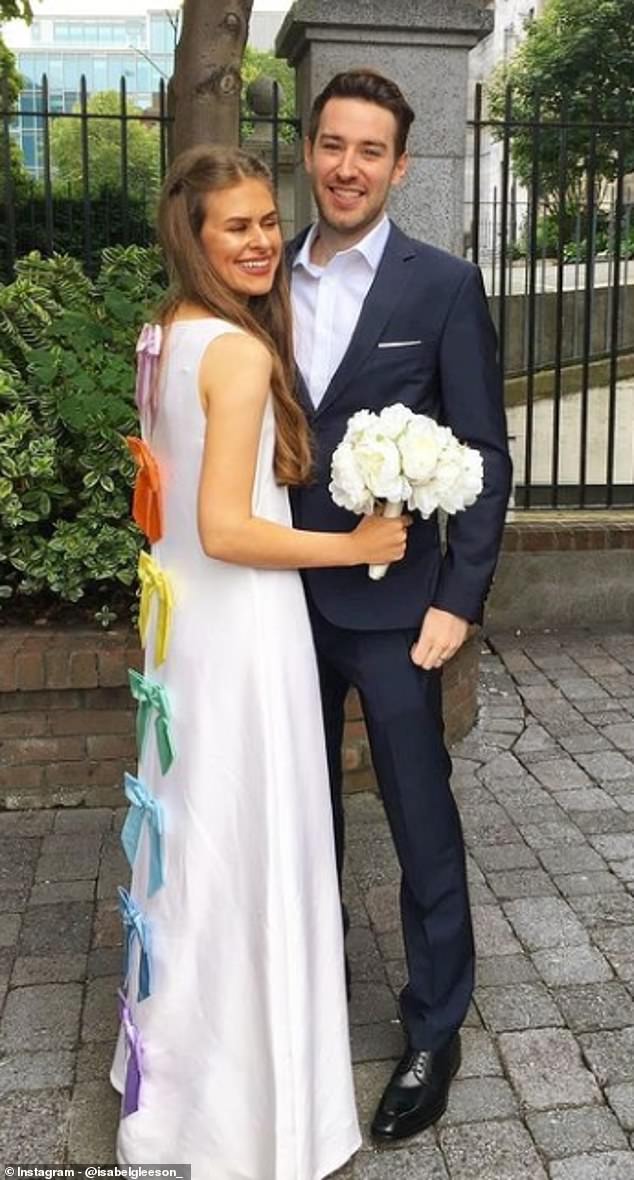 Isabel also revealed she sold her Olivia Rubin dress which she had worn for a registry office wedding with her husband, Gary Byrne 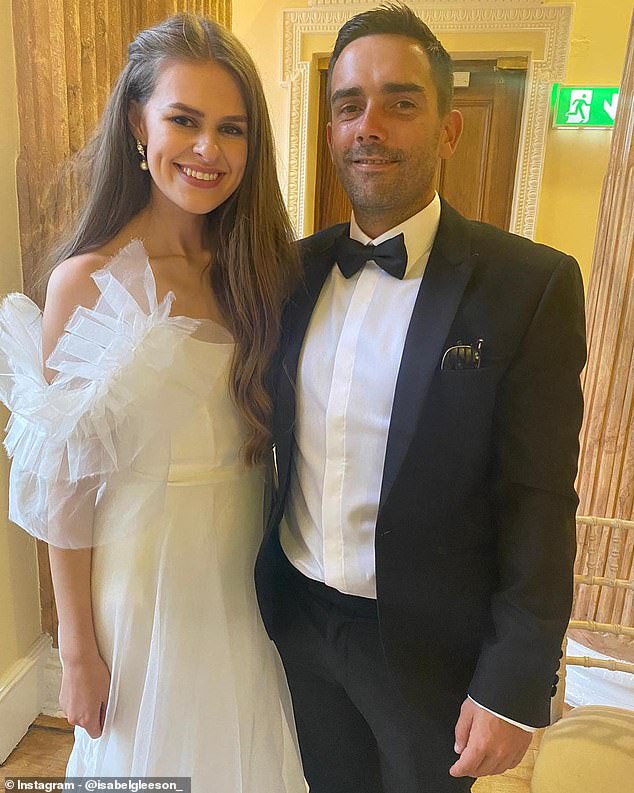 Isabel, who has worked in fashion buying for nearly a decade, has set up the ReBride platform for other newlyweds to follow her lead (pictured on her wedding day) 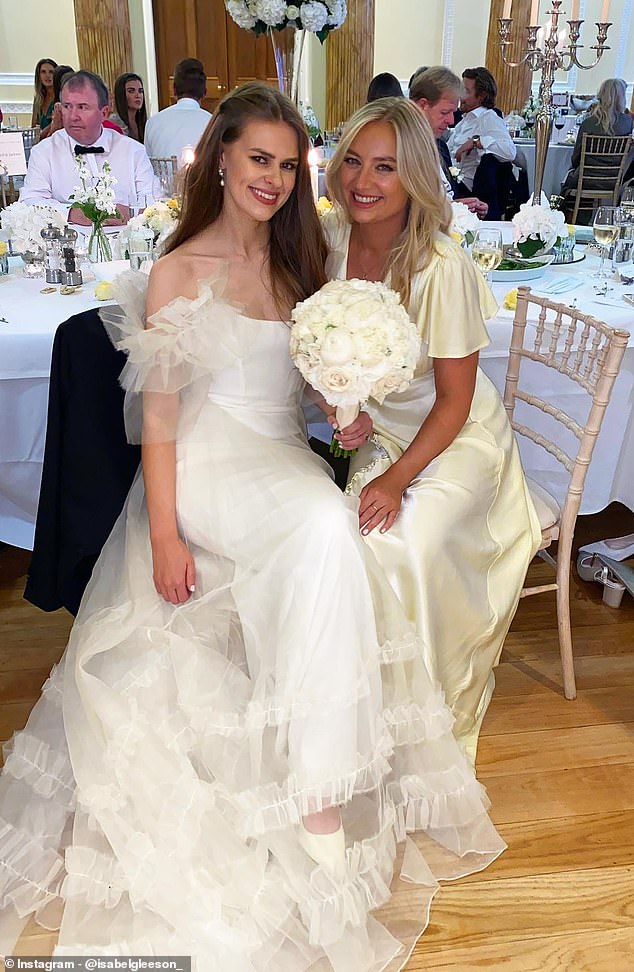 While many women may want to hang onto their bridal gowns for nostalgic reasons, Isabel argued the photos of herself in the dress are all the memories she needs – and she also revealed she had always intended to sell it after the big day.

However, Isabel didn’t expect someone would want to take it off her hands quite so quickly.

Now managing ReBride, Isabel explained each seller is charged £17 (€20) to place their second-hand dress on the platform. Once the dress is listed, the seller can connect with buyers who are interested in purchasing the dress and when the sale is complete, the seller keeps all of the proceeds.

She said: ‘I definitely feel like it’s just spreading joy, not bad luck.’

Overall, she thinks most people should be able to sell their dresses on for up to 60% of the price they paid when it was brand new.

As for the brands that are most likely to sell, Isabel listed Pronovias, Temperley London and Suzanne Neville.

Isabel, who celebrated her wedding twice as she officially married Gary during the pandemic, revealed she is also selling the dress she wore to the registry office.

The businesswoman wore a white Olivia Rubin shift dress with rainbow-coloured bows down the back.

She said: ‘I paid full price but now that dress is part of circular fashion and I am happy about that.’