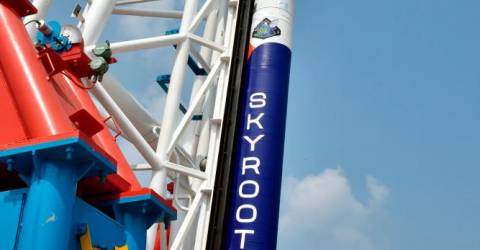 “We made history today by launching India’s first private rocket. It is a symbol of new India, and just the Prarambh (beginning) of a great future,“ said Pawan Kumar Chandana, co-founder of Hyderabad-based Skyroot Aerospace.

The rocket has a mass of 546 kg and is eight metres in length.

It was built in two years by a team of 200 engineers, according to the company.

The space technology startup, founded by former ISRO engineers Chandana and Naga Bharath Daka in 2018, received US$51 million this year in a funding round led by Singapore sovereign fund GIC.

It has raised US$68 million in funds so far.-Bernama