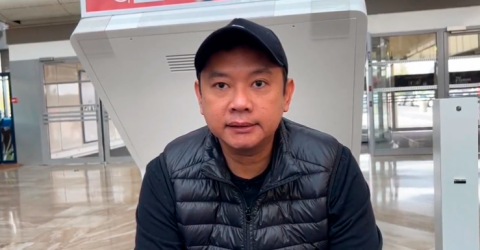 PETALING JAYA: Indonesian coach Eng Hian has issued an apology to Malaysian badminton women’s doubles pair Pearly Tan and M. Thinaah, after he was caught on camera referring to the national pair as “black and white”.

He said he had no intention of offending the duo with his recent remarks.

“I apologise to Pearly Tan and M. Thinaah. I have no intention to offend the Malaysian players.

“Once again, I apologise for my words from the bottom of my heart,“ he said via a video posted on the Twitter account Rubber Game Indonesia last night.

This came after the 45-year-old coach was overheard referring to Pearly-Thinaah as “putih” (white) and “hitam” (black) when he was giving instructions to his players Febriana Dwipuji Kusuma-Amalia Cahaya Pratiwi during a match break.

The remark, which went viral on social media, was captured on television during French Open’s round of 16 on Thursday.