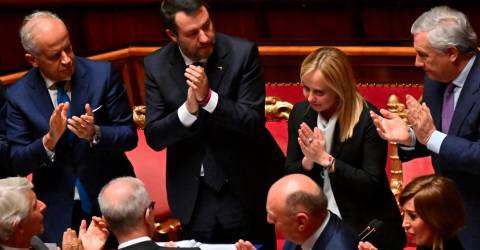 ROME: The new Italian cabinet led by Prime Minister Giorgia Meloni won a confidence vote on Wednesday in the upper house of Italy’s parliament by a comfortable margin.

The final tally in the Senate was 115 votes in favor of confirming Meloni’s government, 79 against and five abstentions, Xinhua reported.

On Tuesday, the government easily won approval in the lower house of parliament, with 235 votes in favour, 154 against and five abstentions.

The two confidence votes are a step required by the Italian constitution for a new government to become fully operative.

Meloni’s Brothers of Italy party was the top vote-getter in Italy’s Sept 25 general election with over 26 per cent of the ballots cast. She had run the campaign with her two coalition allies, the Forza Italia party and the League, both of which gained over 8 per cent of the votes.

The new government formed by Meloni was officially sworn in on Saturday. – Bernama