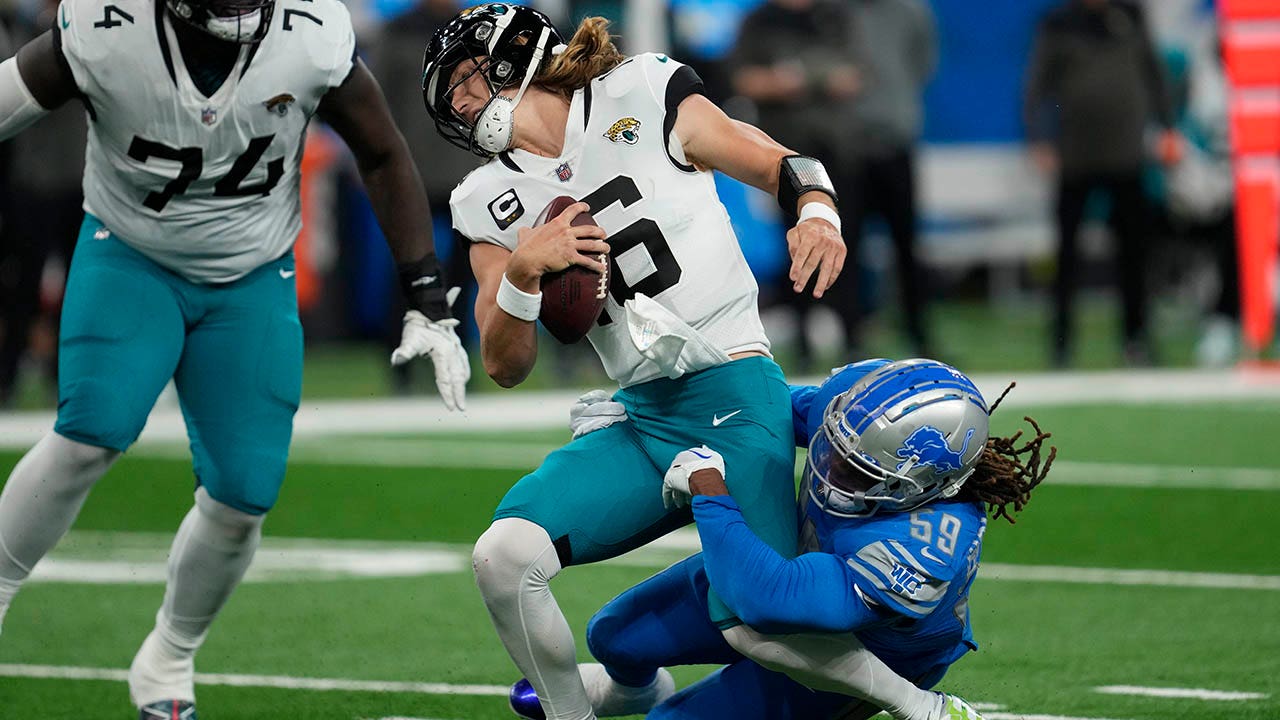 Jacksonville Jaguars quarterback Trevor Lawrence left Sunday’s game against the Detroit Lions after he took a scary hit on a sack with about 20 seconds remaining in the first half.

Lawrence was in the shotgun formation when he dropped back to pass. Lions linebacker James Houston IV came in for the sack but Lawrence got caught underneath and appeared to be in pain. The time ran out of the first half after the play and the Lions went into the locker room with a 23-6 lead.

Jacksonville Jaguars quarterback Trevor Lawrence plays during the first half against the Detroit Lions, Dec. 4, 2022, in Detroit.
(AP Photo/Duane Burleson)

The second-year quarterback walked off the field under his own power.

He came back in the third quarter.

Lawrence led the Jaguars to an upset victory over the Baltimore Ravens last week.

Jamaal Williams had 28 rushing yards and a touchdown in the first.

Both teams entered the game 4-7. Both teams have more wins than the 2021 season.