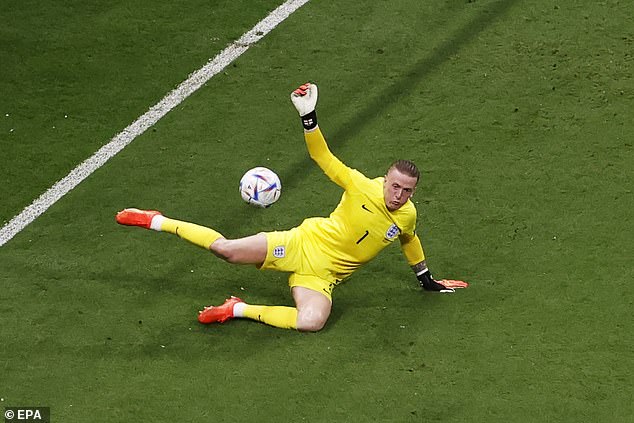 ‘We were very fortunate that Jordan Pickford made a great save and we stayed in the game’: Ian Wright hails England goalkeeper after his fine stop kept them level against Senegal

Ian Wright was full of praise for Jordan Pickford after the England goalkeeper made a huge save to keep the scores level at 0-0 in Sunday’s last-16 clash with Senegal.

A poor pass back from Bukayo Saka was latched onto by Ismaïla Sarr, who cut inside across the edge of the box before finding Boulaye Dia.

Dia had a great sight of goal on the left hand side of the box and struck it sweetly before seeing his effort denied by a really strong outstretched hand of Jordan Pickford. 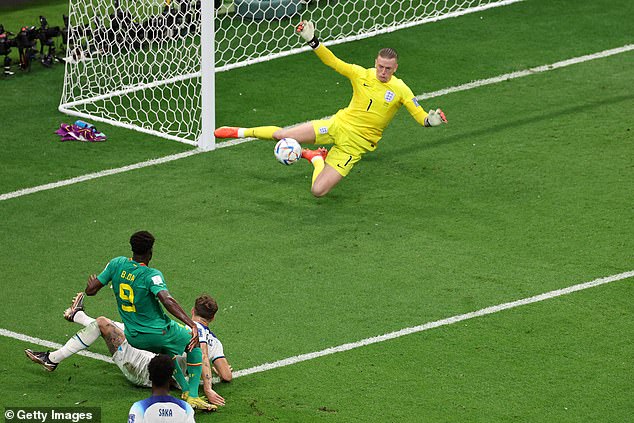 It was a huge let off for a sluggish England and they soon came to life after.

Speaking at half-time, Wright said: t was worrying for about 35 minutes. Like we thought they would, they pressed us well, we didn’t have too many options, too much movement in the midfield and we made mistakes.

‘We were very fortunate that Jordan Pickford made a great save and we stayed in the game.

Gary Neville added: ‘Senegal had three big chances, they’ll be ruing those missed chances. They should have been 1-0 up.

‘Well done Jordan Pickford he comes out, and on this one he does really well, but we’ve been really slow on the ball. This is a really good save. Pickford does really, really well for England, he grows for England. He’s kept his team in the game. 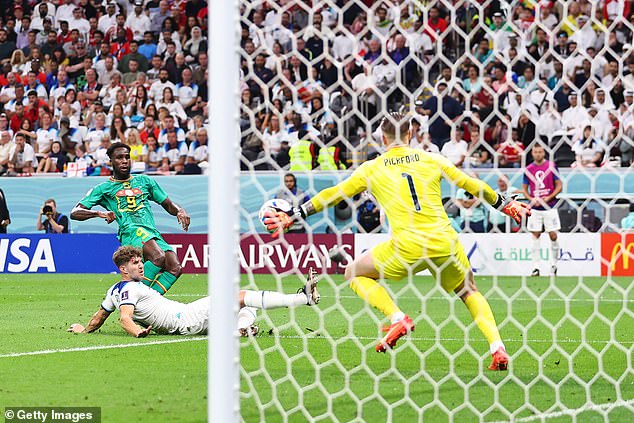