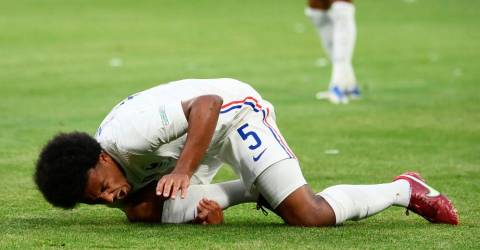 MADRID: Sevilla defender Jules Kounde(pix) will undergo surgery on his left groin on Tuesday, although the club are optimistic the Frenchman will be available for the start of next season.

The Frenchman will have the operation in Bordeaux “as scheduled for several weeks” after the problem “dragged on for much of last season”, Sevilla said in a statement.

“Jules Kounde will undergo surgery this Tuesday in Bordeaux for minor discomfort in the left groin,“ the statement read.

“In principle, if everything goes according to plan, the French international will be available to start the 2022/23 season.”

Kounde has been linked with a move away from Sevilla this summer, with Chelsea and Barcelona among the clubs reportedly interested in signing the 23-year-old, who has a release clause of 80 million euros.

He played the first 45 minutes of France’s 1-0 defeat by Croatia in the Nations League on Monday.-AFP