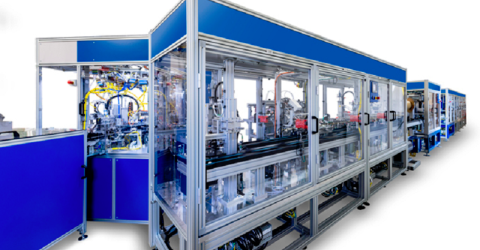 Vice-president of sales and marketing Barry Rahimian said the establishment of the new facility, which also marked the relocation of its headquarters in Asia to Penang from Hong Kong, will construct, design and build a customised engineered turnkey automated assembly system.

“The system is used in various industries including the medical industry, commercial industrial, automotive, aerospace, consumer products and more.

“About US$3 million (RM13.19 million) was allocated for this facility and it is expected to create about 15 to 20 job opportunities,” he told reporters at the grand opening ceremony of the facility here on Dec 8.

Commenting on the reason behind the relocation of its Asian headquarters, he said Penang offers a competent platform considering its versatile talent pool, supportive infrastructure and strong industry clusters.

He said this would enable industry players to enjoy far-reaching benefits in terms of operational advantages.

“We certainly believe that this facility will play a key role in establishing Lanco as a leading automation company to serve our customers in the region,” he said.

He said there are plans to expand the manufacturing facility as well as to set up sales and service offices in Malaysia and regionally such as Thailand, the Philippines, Singapore and Vietnam in the next few years.