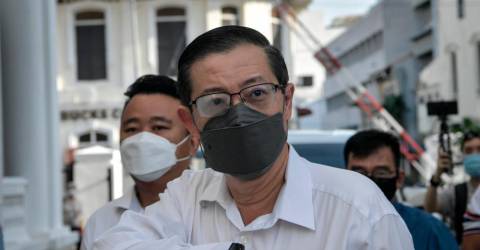 GEORGE TOWN: DAP secretary-general Lim Guan Eng(pix) today congratulated Barisan Nasional (BN) on its victory in the recent Melaka election and admitted that there were weaknesses in the Pakatan Harapan (PH) election machinery.

He said the absence of face-to-face campaigns was one of the factors which adversely affected the effort to woo Melaka voters and the weaknesses in the election machinery must be rectified especially in terms of social media campaigning.

“We need to intensify and strengthen social media campaigns. In fact, we cannot win elections by relying on social media alone. We need to see the voters face-to-face and interact with them.

“Although we are disappointed, we must not give up and continue our fight because political struggle is not temporary but a continuous endeavour,” he told reporters outside the High Court here today.

Lim was attending the proceedings of his defamation suit against former Penang BN chairman Teng Chang Yeow concerning an article on Pulau Jerejak.

The election was held with strict standard operating procedures which prohibited candidates from organising physical campaigns with the voters in their respective constituencies.-Bernama