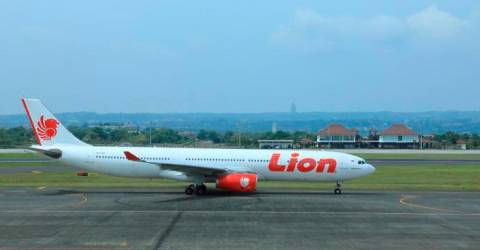 JAKARTA: Lion Air’s flight JT330 was forced to return to Soekarno-Hatta International Airport after a fire broke out in its left engine just 32 minutes after departure on Wednesday evening.

The plane carrying 169 passengers and six crew reportedly took off at 5.14 pm local time to Palembang in South Sumatera Province, when the incident happened.

Pilots of the Boeing 737-800NG declared an emergency and requested an immediate return, and managed to land the plane safely.

“At the altitude of 3,000 feet, the pilots felt the operation of one of the airplane’s components was not working,” according to the Indonesian low-cost airline’s statement.

A photo of the plane with the engine on fire went viral.

The local news portal, liputan6.com has quoted Jakarta Metropolitan Police’s spokesperson Endra Zulpan who said the plane had a problem on the left engine.

The passengers were transferred to another plane and took off again at 7.40 pm local time, he said. – Bernama